Zika’s spread is being aided by red tape enforced by the Obama administration, which also illegally diverted money needed to fight Zika to the UN’s Green Climate Fund.

In the New York Post, Jillian Kay Melchior of the Independent Women’s Forum notes that the federal government is blocking a low-cost solution to Zika: DDT. That life-saving pesticide remains banned by federal regulations, preventing it from being used to kill mosquitos carrying this awful disease:

The Zika virus outbreak makes it clearer than ever: It’s time to end the ban on DDT . . .

Zika has infected nearly 300 pregnant women in the United States, putting their babies at risk for a devastating birth defect. This summer, as many as 40 million Americans will visit regions where carrier mosquitoes thrive, including large swaths of the South . . . hundreds of babies are at risk of a horrifying brain defect called microcephaly. Infants who don’t perish outright need extensive care, which can cost up to $10 million.

Unfortunately, alarmism has led to a decades-long ban on the most effective pesticide against the disease-spreading mosquito, even though science has proven it reasonably safe.

Mosquitoes are responsible for more deaths than any other creature on Earth. DDT kills mosquitoes most effectively; in the 1960s, the National Academy of Sciences said that “to only a few chemicals does man owe as great a debt as to DDT,” adding that it had prevented as many as 500 million deaths.

For years, the Obama administration has ignored sensible advice like this to allow DDT, disregarding warnings that have grown louder and more frequent as Zika has spread. Indeed, Obama recently gave the Presidential Medal of Freedom to the former EPA administrator who relied on junk science to ban DDT. In a case of politics overruling science, that administrator “banned DDT after ignoring an EPA administrative law judge’s ruling that there was no evidence indicating that DDT posed any sort of threat to human health or the environment.” He “never attended any of the agency’s hearings on DDT. He didn’t read the hearing transcripts and refused to explain his decision,” notes Steven Milloy at Junk Science.com.

Similarly, Melchior recounts how the most famous advocate of banning DDT, Rachel Carson, falsely claimed that use of DDT was threatening the American robin with extinction – in the very same year in which noted ornithologist Roger Tory Peterson wrote that the robin was actually “the most abundant bird in North America.”

We’re not all Americans anymore
Next Post
Your tax dollars at work: State Dept. commissions superhero cartoons for Pakistan 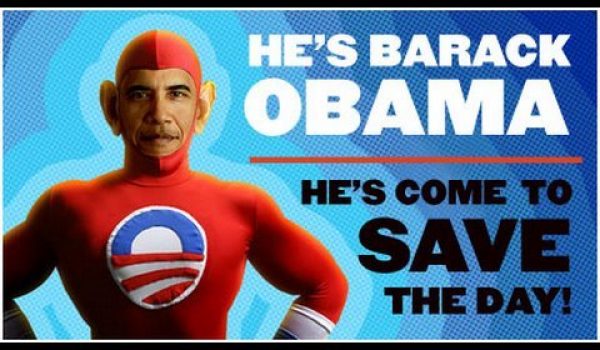