A topless woman at the Sage Colleges in upstate New York was asked to cover her nudity by a member of campus security, and she is now claiming emotional distress over the incident.

Cedar Brock, who had been wearing a binder to cover her breasts earlier in the day, decided it was too hot and removed it.

But when the campus cop ordered her to put a shirt on, Brock dropped a bombshell, which has since reverberated all over campus, prompting outraged students to plan a topless protest.

Brock’s bombshell? She considers herself androgynous and, therefore, is a victim of discrimination.

Students at the Troy campus of The Sage Colleges are planning to go topless Wednesday to protest what they believe was discriminatory police treatment of a student who identifies as androgynous.

The incident happened Sunday evening, when a school security officer approached Cedar Brock, who was sunbathing topless in a public park that fronts the campus and is across from the Troy Public Library.

“Are you a boy or a girl?” the officer asked.

Such a warrior for the people!

Past court rulings have determined that women going topless in New York is legal, so long as it is not for commercial purposes.

So from a legal standpoint, it appears Brock’s most egregious violation involves decency and common sense.

Brock is listed by two siblings on Facebook as their sister, suggesting they have no issues identifying her as a female.

The organization providing security to the school is already indicating it will need diversity training for its officers over this incident.

Director Robert Grebert said the matter was a “training issue” and indicated “some students are concerned about a lack of sensitivity.”

UPDATE: Another bombshell, this one from yours truly. It has come to my attention that Sage Colleges is an all-women school. Is the administration going to question the enrollment of an androgynous person? If she is permitted to stay, will she need her own dormitory? Her own bathroom? 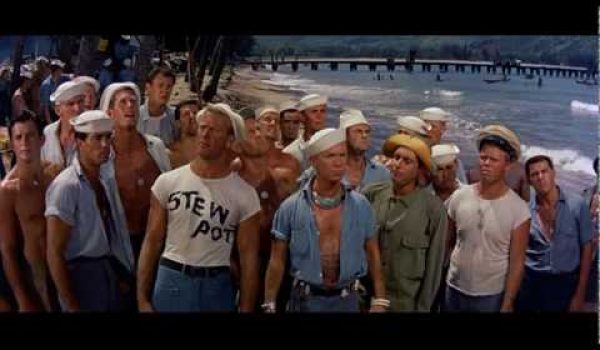 Navy scuttles mailer because it uses f-word (no, not that f-word)
Next Post
Cartoon of the Day: GOP war path