We just hit a new low. Columbus, Ohio, Fox affiliate WTTE has a story that will make you cringe. The cast of characters in this immorality drama include 18-year-old Marina Lonina and 29-year-old Raymond Gates.

This week a grand jury indicted the pair on charges of kidnapping, rape, sexual battery, and pandering sexually-oriented matter involving a minor.

According to the prosecutor, a 18-year-old female friend of Lonina was hanging out with her and Gates at Lonina’s home on February 26. At some point that evening, Gates raped the unnamed teen, while Lonina live-streamed the assault on Periscope, a video app. Prosecutors maintain that one of Lonina’s friends in another state saw the video the next day and contacted authorities.

In addition to the other charges, Lonina is also accused of taking nude photographs of the 17-year-old the night before the rape.

If Gates and Lonina are convicted for these charges, they each face a potential sentence in excess of 40 years in prison.

Guess who’s back … and backing Sanders
Next Post
Russian aircraft buzz Navy ships: Violating INCSEA/CUES and the danger of a new normal 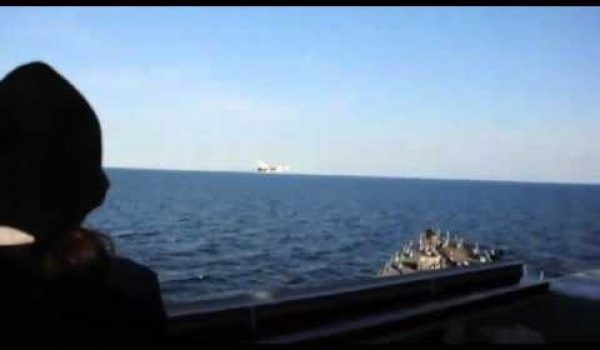