He would have turned 29 this week, reports NBC Washington. But instead the life of Officer Jacai Colson, a four-year veteran of the Prince George’s County, Md., Police Department, was cut short.

But the circumstances under which the young narcotics officer met his untimely end were not what you’d expect. He was not killed during a drug sting gone bad. Rather, Colson was gunned down senselessly in what authorities are describing as an “unprovoked” ambush of a police station.

“It is my sad duty to come to the community this evening and to tell you that one of your defenders, Jacai Colson … lost his life in defense of this county today,” Prince George’s County Police Chief Hank Stawinski said Sunday in a press conference. “It wasn’t about anything. This man launched an attack on a police station and engaged several Prince George’s County police officers in a gun fight, to which they responded – heroically.”

Police tracked and arrested one of the two attackers in a nearby Popeyes fast-food restaurant. Authorities apprehended the second suspect a short time later in the surrounding area. Only one of the attackers reportedly shot at police.

Police have yet to release the identities of the suspects, but a woman claiming to be the aunt of the attackers told NBC Washington that they are her nephews, Michael and Malik Ford. The woman also identified Michael Ford as the man who fired the shots.

Police injured one of the attackers in the shootout, and he is in stable condition. There are no other additional suspects, according to reports.

“This is truly a dark day in Prince George’s County,” Fraternal Order of Police President Zeek Teletchea told WUSA9. “An unwarranted, unprovoked attack on our officers at a police station. Jacai had an infectious smile, he lit up a room.”

Several roads were closed by authorities following the shooting, which unfolded outside the District III police station, right next to the Prince George’s County Police Department. Officials in the county are shocked and saddened by the shooting, which comes on the heels of the killing of Officer Ashley Guindon in Prince William County, Va.

“This is a crime against this entire community and we will treat it as such,” Angela Alsobrooks, the county’s state attorney told NBC Washington. “His life was precious.”

Which candidate is the KKK backing? The answer may surprise you
Next Post
Video: Prager U asks whether government is ever big enough 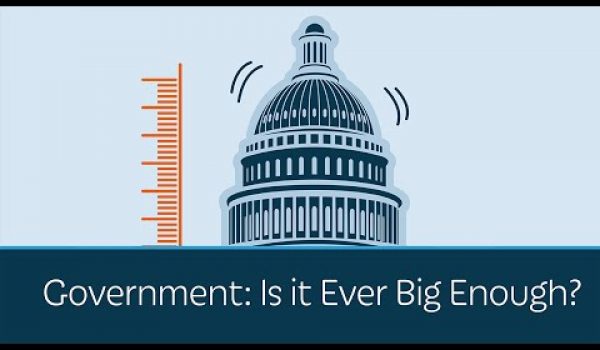