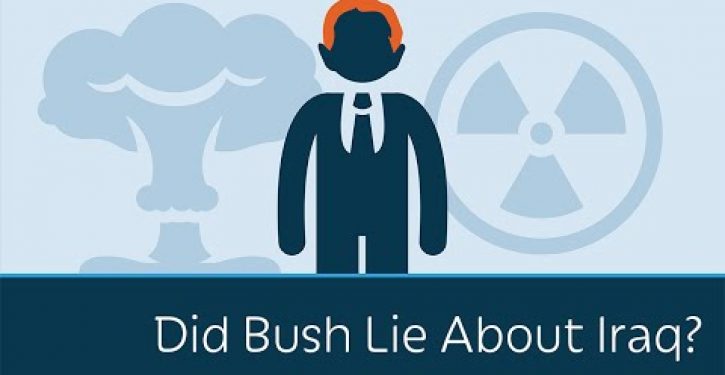 Did President George W. Bush lie to America about Saddam Hussein having weapons of mass destruction? Did he and people such as Colin Powell, Dick Cheney, Condoleezza Rice, and Donald Rumsfeld deceive Congress so they could justify invading Iraq in 2003?

Thirteen years after the invasion, that accusation is still going strong. But is it true?

In video below, best-selling author and investigative reporter Judith Miller explores this explosive claim. In the months leading up to the 9/11 attacks, Miller was part of a small team of reporters for the New York Times. She and her colleagues published a series of groundbreaking articles about Osama bin Laden’s threat to the United States – earning them a Pulitzer Prize.

The same experts in the intelligence and counter-terrorism community who briefed Miller on bin Laden also briefed her (and the White House) on Saddam’s WMD capabilities. What did those sources say about weapons of mass destruction? Could they have been in on a giant lie? Watch the video and, once and for all, learn the truth.

NBC reporter caught on open mic giving questions in advance to Clinton aide
Next Post
In NYC, men and women can now pee wherever they want