EPA will soon stop relying on “co-benefits” in crafting new regulations, Pruitt told a gathering at the conservative Heritage Foundation on Wednesday, according to two sources with knowledge of Pruitt’s remarks.

Pruitt offered few details, but the SCC would likely be a government-wide decision, not relegated to EPA alone. Trump issued an executive order in 2017 to review the SCC.

Tackling “co-benefits,” however, would be a major shift away from how EPA crafted regulations during the Obama years. “Co-benefits” refer to the monetized health benefits from reducing air pollutants a specific regulation is not targeting.

Obama EPA officials and environmentalists calculating “co-benefits” allowed for officials to take into account the full public health benefits of regulations. However, EPA’s use of “co-benefits” had gotten out of control, conservative and industry groups said.

Republicans criticized EPA’s use of “co-benefits” to justify massive regulatory schemes that would have otherwise made no economic sense.

In fact, major Obama EPA regulations heavily relied on “co-benefits” — mainly from reductions in fine particulate matter (PM2.5) — to justify costly regulations. For example, virtually all the benefits of the Mercury and Air Toxics Standards (MATS) come from PM2.5 reductions, not from reducing mercury.

MATS would cost nearly $10 billion and force coal plants to shut down, EPA estimated. Mercury reductions would have only resulted in $6 million in monetized health benefits — a 1,600-to-1 cost-benefit ratio.

However, MATS would result in up to $90 billion a year from preventing 11,000 premature deaths — virtually all from PM2.5 reductions — the Obama EPA said. A similar trick was used to show massive public health benefits from the Clean Power Plan.

There’s another problem with “co-benefits” — they monetize benefits for pollution reductions below levels EPA already declared safe for public health, with a significant margin of safety.

For PM2.5, EPA already sets a national standard states are required to meet. Declaring health benefits below that safe level presents a problem for the agency. Which regulation is lying about PM2.5 health benefits?

Clean Air Act regulations will deliver $2 trillion in public health benefits by 2030, exceeding the cost of federal clean air regulations by a ratio of 30-to-1 at the high end, EPA estimated.

There’s also scientific uncertainty when it comes to public health impacts of PM2.5 and other air pollutants. There is “little evidence for association between air quality and acute deaths” in California between 2000 and 2012, a recent study by veteran statistician Stan Young found,

The study was published in the Regulatory Toxicology and Pharmacology journal and challenged many assumptions EPA makes when calculating the benefits of air quality regulations. Pruitt appointed Young to EPA’s Science Advisory Board in 2017.

While “EPA assumes a causal relationship based on epidemiological evidence of an association between PM concentrations and mortality,” the agency “has not been able to identify a biological mechanism to explain the observed correlation,” they wrote.

“Both theory and data suggest that thresholds exist below which further reductions in exposure to PM2.5 do not yield changes in mortality response, and that one should expect diminishing returns as exposures are reduced to lower and lower levels,” they added.

In one month, Donald Trump’s Facebook engagement dropped by 45%: Can Zuckerberg explain?
Next Post
Syria: The plan is out there; you just have to let it in 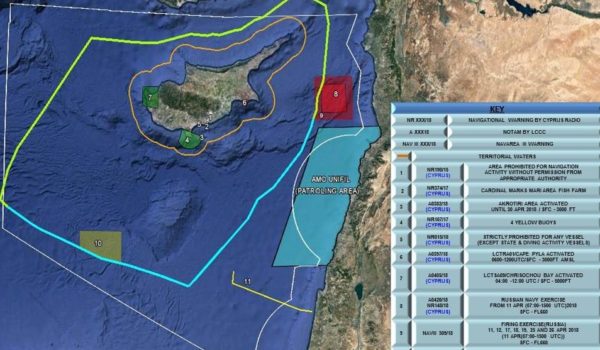