Bizarre and bloated research grants from the National Science Foundation (NSF) are under the microscope in Washington.

Legislation by Rep. Lamar Smith, R-Texas, cleared the House of Representatives this week. The bill aims to bring transparency to NSF expenditure of tax dollars by requiring that each grant award be accompanied by a non-technical explanation of how the project serves the national interest.

Smith’s accountability bill wouldn’t necessarily stop funding for such projects. The measure states, “Nothing … shall be construed as altering the Foundation’s intellectual merit or broader impacts criteria for evaluating grant applications.”

Matt McCall, who is challenging Smith in the March 1 GOP primary, would go further, saying, “Government has no business funding special science programs.”

“When we keep the apparatus of spending on special programs available to the federal government, there is going to be waste and abuse,” said McCall spokesman Andrew Lewis. “That money is at the whim of whichever majority happens to hold Congress.”

Asked about the climate-change musical, White House science czar John Holdren gave the stock answer: “This administration is committed to ensuring that America remains at the epicenter of the global revolution in scientific research and technological innovation.”

Smith chairs the Science, Space and Technology Committee, where two Democrats joined 16 Republicans in co-sponsoring the Scientific Research in the National Interest Act. 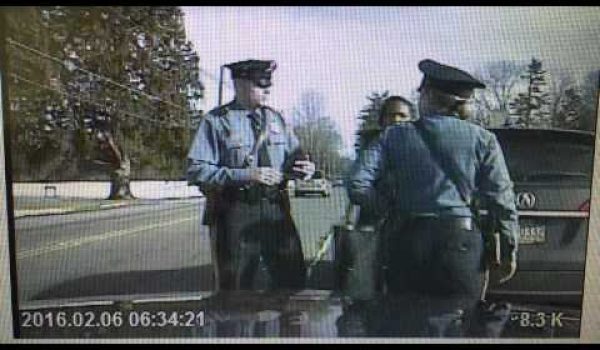 Dashcam video of arrest of Princeton professor who cried racism tells different story
Next Post
Will Hillary, who welcomes refugees, be asked about her hubby’s treatment of them?