When Barack Obama is not busy declaring the “police acted stupidly” without knowing the facts, he spends his time in other equally “noble” pursuits to ensure that racial injustices are corrected.

Newly uncovered internal memos reveal the Obama administration knowingly exaggerated charges of racial discrimination in probes of Ally Bank and other defendants in the $900 billion car-lending business as part of a “racial justice” campaign that’s looking more like a massive government extortion and shakedown operation.

So far, Obama’s Consumer Financial Protection Bureau has reached more than $220 million in settlements with several auto lenders since the agency launched its anti-discrimination crusade against the industry in 2013. Several other banks are under active investigation.

That’s despite the fact that the CFPB had no actual complaints of racial discrimination — it was all just based on half-baked statistics.

A confidential 23-page internal report detailing CFPB’s strategy for going after lenders shows why these companies are forking over millions of dollars in restitution and fines to the government despite denying any wrongdoing.

CONTINUE READING THIS ARTICLE AT THE NEW YORK POST.

Beyoncé to unveil new song at Super Bowl halftime; take a wild guess what it’s about
Next Post
Hillary defends Madeleine Albright for ‘special place in hell for women who don’t support her’ remark 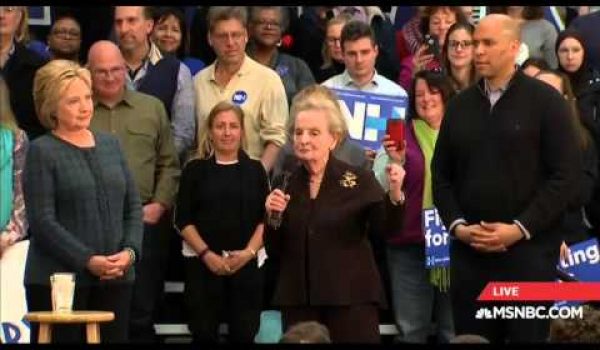