It seems to me that the powers that be at the West Ada School District in Meridian, Idaho, are going about solving their problems in the wrong way. The district should not be refining its procedures for when cafeteria staff have the authority to toss a middle schooler’s lunch in the garbage. They should be refining their policies so that no child enrolled in Victory Middle School ever goes hungry.

The school, which opened this fall, is “still working out the kinks … when it comes to school lunches,” station KTVB notes. Pardon me if I’m a little hazy on why in the world these “kinks” weren’t ironed out before the school opened its doors.

Eric Exline, a spokesman for the district, told reporters:

We put a lot of systems in place to try and prevent the kind of problem we’ve had at Victory. In this particular case a number of those parts of the system weren’t working as Victory was was opening.

Once again, color me baffled. How do you, as a school administrator, Mr. Exlax, (A) not have the system in place and (B) justify the behavior of the employees responsible for this atrocity.

This is not the only instance of zero tolerance run amok to make recent headlines. Another school, this one in Avon, Ind., did agree to feed a child who forgot his lunch money. The only problem is what the boy was fed.

Station WISH notes that parent Amy Wittaker Anders took to Facebook to report that her son had been given a moldy peanut butter sandwich for lunch. She included this photo:

The school claims in a statement that the serving of this disgusting lunch was a result of “human error.”

Forget this ‘Hillary is unlikable’ stuff; Hillary is downright inspiring
Next Post
From the mouths of babes: New children’s book by 10-year-old speaks truth to power 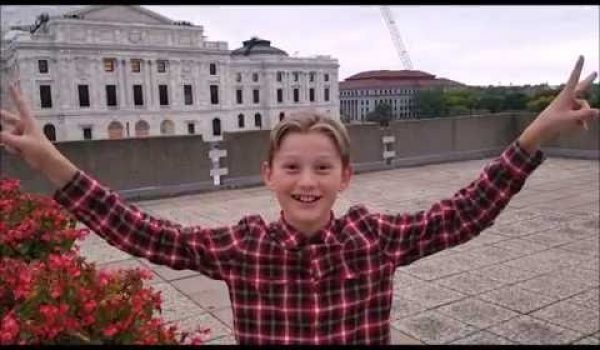