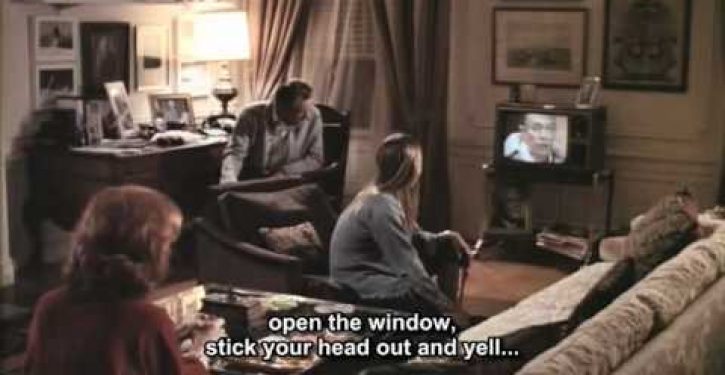 Screenwriter and author Michael Walsh is an unabashed fan of Western culture because it is “the foundation for medical, scientific, moral and intellectual progress.” And in his latest book “The Devil’s Pleasure Palace,” Walsh spells out the “cold civil war” being waged by the left to erode our long-standing pillars and bring about a new revolutionary utopia.

Walsh has a unique take on our American cultural and political battles. He warns the left will “preach X, but deliver Y — just as Satan tempts you with what appears to be the pleasures of the flesh and kills you with the same back draft from the indulgence in these sins.”

He says “the Left is protected by our own cultural ignorance,” as educators have left our culture “defenseless against the lures of the left.”  He points to Detroit as a clear and disastrous example of the progressive charade that transformed a prosperous city to one that “looks worse than Berlin after the war.”

In my interview with him, he explained the harms of political correctness, critical theory, cultural marxism, and the Frankfurt school scholars who sought to bring down America’s greatness by attacking our institutional pillars. Having packed a lot of wisdom, reading and understanding into his globe-trotting life, Walsh now works within Hollywood’s industry while living in Ireland.

A prolific but quirky intellect, Walsh says President Barack Obama dislikes America and explains how Obama is almost “an alien” to our culture based on his life experiences.

As for Donald Trump’s ascendancy as a candidate, Walsh says this is happening because Republicans failed to oppose the president’s policies, adding “this is an ‘I hate you. I really, really hate you’ movement.”

Just as Superman hated kryptonite, progressives hate American exceptionalism, Walsh says. The critical theorists attack everything, except their own sacred cows. He says, if they can attack Mozart, there is nothing they can’t attack, smear, and demean.

One of the Frankfurt School theorists was Herbert Marcuse, who came up with the theory of “repressive tolerance,” Walsh mentions. It attempts to justify wide tolerance for themselves, but no tolerance for those who object to their orthodoxy – a phenomenon increasing in our modern culture and campuses.

As for solutions and antidotes, Walsh offers several in his new book. One way societies have resisted totalitarians, he says, is by emulating the broadcaster in “Network“ who encouraged listeners to open up their windows and yell, “I’m mad as hell and I’m not going to take it any longer.” Being a candle in the darkness is anathema to the left, as they seek total domination and do not tolerate dissent well.

He ends the interview with what gives him hope and some recommendations for expanding our own cultural fluency, including music, opera, poetry, and even redeeming aspects of “Pulp Fiction” and “The Rocky Horror Picture Show.”