That’s Super Bowl L to our buddy Julius Caesar.  He would have been plumb buffaloed by someone sticking a “50” in his face.

We’re proud to point out that we, right here at the Liberty Unyielding Football Commentary Inner Circle, have one of our own appearing in tomorrow’s big game.

Denver may be a 5.5-point dog in the line, but is there a beating heart out there that doesn’t hope celebrated geriatric Peyton Manning will finally get his Super Bowl ring?

For the record, Manning is 39.  In football years that may be the equivalent of 110, but in human years, it’s just 39.  Nevertheless, as every schoolboy surely knows, he’ll be the oldest starting quarterback ever in a Super Bowl.  If he wins, he’ll take the crown of “oldest QB starter to win a Super Bowl” from John Elway, who accomplished that feat at 38 in Super Bowl XXXIII.  (Which, yes, means John Elway is now 55.  Which is ridiculous.)

An aura of age does seem to hang over Denver going into this.  In May 2015, we learned that Denver had the oldest offense in the NFL (average age: 29), and the ranking probably hasn’t changed since.  (The Patriots were next.)

But still, that vaunted Denver defense packs a wallop.  Even if DeMarcus Ware is, count ‘em, 33 years old.  (Von Miller is 26, so that helps even things out.)

That said, the game just might turn on turnovers going, as it were, the other way.  The Bronco offense is prone to them, and the Carolina defense – no slouch itself – ranked first in the NFL in takeaways this season.

In general, the Panthers are younger (average age around 26), and considerably less banged-up than the Broncos going into this.  And that’s aside from the skills, ‘tude, and overall feistiness of spark plug Cam Newton.  There’s a lot to like about Carolina.  If you enjoy seeing a world-class linebacker at work, we still say it’s hard to beat Luke Kuechly.

We’re not handicapping this one.  But knock yourselves out.

The commercials this year seem to have even more of that curious preachiness that became so noticeable last year.  Colgate, apparently, is going to water-shame us (re: letting the water run while we brush).  Helen Mirren is going to rail against drunk driving at Budweiser’s behest (although we feel she’d be more effective if she pulled an automatic rifle out from under the table, mid-rant).

Toyota is going to advertise the Prius, which has had all the sanctimony for some time now, with cute ducks.  And that’s probably just about right for a silly car that makes the owner feel superior but actually has a bigger carbon footprint than a gas-guzzler.  Leave the dogs, horses, and jaguars to the sensible car buyers.

As for samples, we couldn’t decide between giving you Steven Tyler (looking really geriatric) and giving you wiener dogs running through fields of wildflowers, so we’re giving you both.

Coldplay, Beyoncé, and Bruno Mars will be entertaining viewers at halftime, although frankly, we usually devote halftime to food management here.  Speaking of food management, who knew there were “chocolate drenched Bronco and Panther Oreo cookies”?  We kind of wish we’d known it earlier.  Now there’s no way to get them here before the game.

We’ll have to make do with Girl Scout cookies and pizza.

In possibly the strangest field of competition between two football teams, we present the comparison of the Broncos with the Panthers by Grammarly, which rated the players on their grammatical performances on Twitter.  The Panthers edged the Broncos by a nose, making 4.3 mistakes per 100 words to the Broncos’ 4.5.

Top honors went to Panther DE Jared Allen, with 0.7 mistakes per 100 words.  Right behind him was Denver LB DeMarcus Ware with 0.9 – both players proving that head-and-shoulders excellence is an across-the-board lifestyle.

We feel sure no one will be thinking tomorrow about a remarkably click-bait-y quarterback who will be watching from off the field somewhere.

Uber drivers are threatening to boycott the Super Bowl as a pay protest.  Yeah, right. 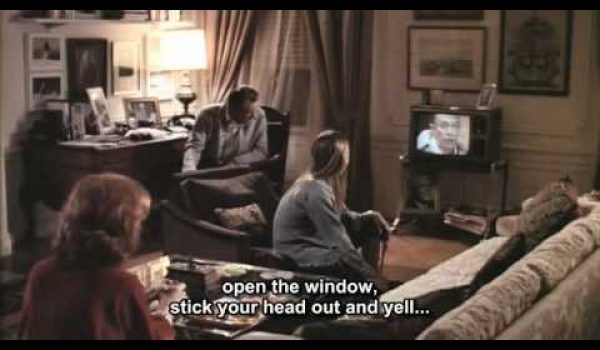