In my correspondence regarding the events in Cologne, an editor of a Russian newspaper asked me a natural, but discouraging question.

“Where were the German men?” he enquired of me, perplexed.

Indeed, for us who grew up in Soviet Russia, it would be inconceivable that some drunk young people could publicly mock and harass girls on New Year’s Eve in the very center of Moscow or Saint Petersburg. If they dared to do this, they wouldn’t survive until the morning; they would become “martyrs” and would have their way with 72 virgins in a completely different realm.

Ethical codes, embedded in us on a genetic level, would demand that we intervene on behalf of the women. Especially in a situation where normal adult men were more numerous than the rapists, and the rapists themselves were not terrorists, cyborgs or aliens, but mere street punks.

But as it turned out in Germany, Sweden, Austria – these codes were fatally violated. A great number of strong, healthy men, having heard the girls screaming and crying, and having seen the crimes being committed, didn’t do anything to save the victims.  In rare cases, the girls were defended by migrants from Eastern Europe or Third World countries.

But this is only the first in a long line of simple questions.  We could expect that women, having learnt about the abuse of girls the next day, would be in a fury.  There is an inherent instinct in every normal woman to rescue a child or to protect a girl from abuse, rape, or harassment.

Again, genetic codes didn’t work.  We heard women blaming the victims and defending the rapists.  We heard Henriette Reker, the mayor of Cologne, claim that “there’s always the possibility of keeping a certain distance of more than an arm’s length.”  Claudia Roth from the Green Party accused an “organized mob” on the Internet of “calling for a hunt on non-white people.”  We learned about dozens of female journalists who concealed the truth because the rapists were “refugees.”  Feminists? We didn’t hear their voices.  As we haven’t heard their voices in Sweden, Norway and England, where thousands of girls had long ago been turned into “white meat.”

Instead, all we hear is a subtle mumble, like that of the expert Irmgard Kopetzky, who states that “sexual violence is an issue for people of all ethnic origins.”

“Figures show the majority of people carrying out sex attacks in Germany do not come from an immigrant background,” according to her.  Andrea den Boer, from the University of Kent, sees roots of the problem in that “the sex ratio alteration in the young adult population [is] looking also to be abnormal at about 114 boys of that age for every 100 girls.” Really?

In China, Armenia, and Azerbaijan there are also many more boys than girls. Has anyone heard about something similar happening in Beijing, Erevan, or Baku? Why, during the revolutions in Romania, Ukraine, Georgia, and Moldova, were there no cases of gang-rape of girls during demonstrations, as happened in Egypt’s Tahrir Square?

The wider Pandora’s box is opened, the more questions arise.  What about politicians? Have any of them, left or right, called it the way they saw it?  No. “Sexual harassment is not automatically binding to migration and immigration,” Swedish Prime Minister Stefan Löfven told in Davos.  Sure!  According to a report by the Swedish National Council for Crime Prevention (BRÅ) in 1996, the highest rates of rape convictions were for individuals born in North Africa and Iraq.  They were convicted of rape at rates of 17.5 times the native Swedish rate respectively.

We are speaking about a commonplace situation, typical for the patriarchal Muslim world – for Iraqis, Afghans or Somalis – where a non-Muslim woman is nothing more than a sexual object, an easy and natural prey, a whore.  Coptic women in Egypt are constantly subject to harassment just because they are Christians.  The Civil war in Lebanon took place not least because of the mass rape of Christian women by Palestinians.  How much more for European women accustomed to their free dress code and not under constant protection by families?

If “refugees” ever dared to do the same at home – in Algeria, Iraq, Afghanistan and Somalia – with Muslim girls, they would be buried alive. There are strict and oppressive laws of clan vengeance, and no one dares to harass a woman from another clan or tribe without bearing an inevitable cruel punishment.

European women have no protection from their families or even the state, with the latter taking the side of the perpetrator. That is why they are doomed.

Why are Western politicians paralyzed by fear?  Why do only leaders of Eastern Europe dare to tell the truth, such as: Miloš Zeman and Bohuslav Sobotka, the President and Prime Minister of the Czech Republic; Slovakian Prime Minister Robert Fico; or Prime Minister Viktor Orbán of Hungary? The issue is not about right or left ideology.  Zeman, Sobotka and Fico are Socialists. The issue is about a healthy, normal perception of the world based on genuine European values.

Why are these the only leaders who could give a response both courageous and adequate to the reality of this situation? These small countries, squeezed between the millstones of formerly great empires, having survived Soviet despotism, now know the value of freedom and dignity.  They were vaccinated against Universalist ideologies.  Yet it is curious that Czech Republic and Slovakia are the only countries that accept genuine refugees facing a terrible fate – Christians and Yazidis from Iraq – but not mature and aggressive young men heading to Europe for an easy life and “white meat.”

What has happened to the world, when men, women, politicians, and the elite betray their daughters and children in order to please newcomers, with baser instincts and a cult of male power?

The answer is sad.  The culture of postmodernism has managed to do what couldn’t be achieved even by the Communist propaganda machine. It has degraded the instinct of self-preservation: natural reactions embedded in humans on a genetic level, the ability to feel compassion and protect a victim – a woman, a girl, a child.  An abstract ideology has suppressed the mind and senses.

I left the USSR as a hater of Soviet totalitarianism. Now I realize that the cultural totalitarianism of political correctness has turned out to be much more poisonous.

The Soviet regime dictated harsh rules and established censorship.  However, people remained normal human beings.  They laughed at authorities, composed jokes about Brezhnev, made satirical films in spite of the censorship, and learned to read newspapers between the lines. This primarily referred to the intelligentsia.

Cultural totalitarianism succeeded much more.  It affirmed a relentless self-censorship, turned people into sterile zombies, and exterminated basic senses of responsibility and dignity. It changed the very nature of man, and indeed, it was a unique experiment on their own people.

There is a small carnivorous animal in Siberia – a stoat. It hunts rabbits and hares, which are significantly heavier, faster and stronger. It doesn’t creep, doesn’t sit in ambush, and doesn’t catch its prey on the run.  It performs a hypnotic dance of death in front of its prey – with wriggles, acrobatic leaps and somersaults. The stoat dazzles the prey; then, gradually approaching it, it grabs its throat. The rabbit dies from shock.

Why does the prey allow the stoat to dazzle and kill it without resisting? Biologists are unable to solve the riddle of the stoat’s hypnotic dance.

Western elites have foredoomed their own people by means of somersaults and acrobatic tricks to the same fate as the unfortunate rabbit.  The hypnotic dance of death is gaining momentum… 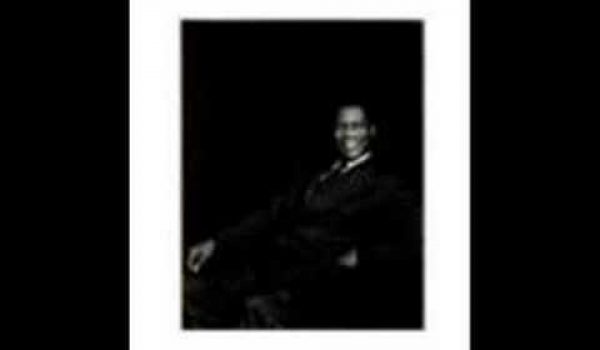