A Department of Homeland Security (DHS) official testifying before Congress Wednesday affirmatively answered Republican Sen. Jeff Sessions’s question about whether there was a gaping hole in the U.S. border with Mexico.

“Nobody’s looking for these people, right?” Sessions asked the Customs and Immigration Enforcement official, referring to foreigners who travel to the country legally but do not leave when their visa expires. “And the policies of this administration, Secretary [Jeh] Johnson, is not to look for them and not to bother to deport them, unless they are apprehended for a serious crime. Isn’t that the policy of the United States government?”

[score]Jeff Sessions[/score] called the official, Craig Healy, to testify before the immigration subcommittee he chairs for a hearing to examine the massive bloc of illegal aliens in America, referred to as “visa overstays.” Healy denied Sessions’s characterization of the administration’s enforcement policy but was ultimately unable to substantiate his denial.

Healy told Republican Sen. David Perdue during the hearing that the administration is currently investigating about 3,000 visa overstays, out of a total overstay population estimated between 4 and 6 million people. DHS reported Tuesday that in just one visa category, more than 500,000 foreigners overstayed their visas in 2015 alone. The vast majority of them have not been deported.

“What I’m saying to you, Mr. Healy, is plainly obvious,” Sessions said. “That if somebody comes here and keeps their nose clean, and doesn’t have a criminal record, and they come here on a visa, and they stay, nobody’s ever going to come look for them under the policies of this government. And it’s a wide open method by which millions of people can enter our country unlawfully.”

Healy said the administration prioritizes enforcement and deportation by flagging anyone who commits a serious crime, or who is considered (or comes to be considered) a threat to national security, but he chaffed when Sessions drew out the implications.

“If a person comes to America, they don’t have a criminal background, and your computer doesn’t pick it up, and they just don’t go home, nobody’s going to look for them,” Sessions said. “Isn’t that correct?”

“Why would you look for them, under what circumstances?” Sessions asked.

“There may be a situation, sir, where their name would pop up,” Healy replied. “We might be –”

“Well, they might pop up, but if it doesn’t pop up?” Sessions asked.

“Information might be obtained that they might be a danger to the security of the United States?” Sessions asked.

“Or other information,” Healy said.

“All right, but if you don’t, if all it is is they came and overstayed their visa, you’re not going to look for them, and not going to deport them,” Sessions said. “Isn’t that right?”

“There could also be criminal information available to us, sir,” Healy replied.

“Well, if there’s not?” Sessions asked. 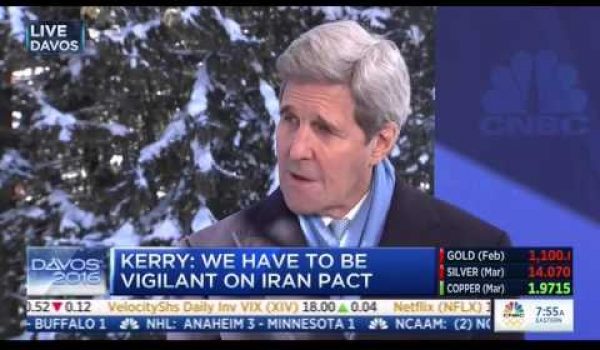 Obama admin: Yes, some of $150B heading to Iran will be used to try to kill Americans
Next Post
#BlackFilmsMatter: Affirmative action for the Oscars?