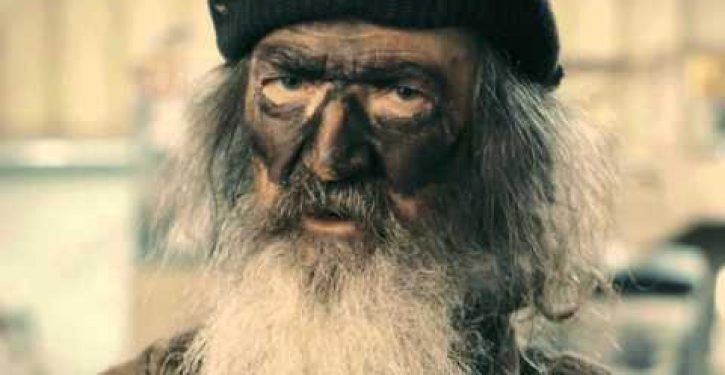 I’m not sure this has the meaning it would have had a year or two ago — about anything, either practical politics or political philosophy.

We’ve been hearing all day today that Sarah Palin was probably going to endorse Trump, based on Palin’s Facebook posting of a Patheos blog piece by daughter Bristol, in which Bristol urged her mom to endorse Trump.

I’m not sure Bristol’s reasoning quite hangs together for me.  (I guess a clearer way of stating that is in the affirmative: “Bristol’s reasoning doesn’t hang together for me.”)  Her point seems to be that, although Cruz is on the right side of important issues, Bristol doesn’t like it that a Cruz staffer seemed to criticize her mom over the prospect of her mom endorsing Trump.

From what I can see, the Cruz staffer said only things that are defensible and true about what you’re getting when you endorse Trump:

“I think it [would] be a blow to Sarah Palin, because Sarah Palin has been a champion for the conservative cause, and if she was going to endorse Donald Trump, sadly, she would be endorsing someone who’s held progressive views all their life on the sanctity of life, on marriage, on partial-birth abortion,” Cruz campaign spokesman Rick Tyler said on CNN’s “New Day.”

But OK.  The part about it being a blow to Palin to endorse Trump may have been unnecessarily combative.

At any rate, Sarah Palin does still have important pull with conservative voters.  That shouldn’t be minimized.

Cruz scored an endorsement of his own that carries weight with some of the same voters, when he got Phil Robertson on board.

All that out of the way, a brief comment.  This presidential election is unlike any we have seen in living memory, and possibly unlike any we’ve ever had, in terms of its implications for America’s future.  There’s a real prospect of the next administration breaking even further with our 20th century past (what I call the “old consensus”) than Obama’s has — in either a good way or a bad way.

It’s not unexpected that conservatives will be divided among themselves in this round.  The stakes are as high as they’ve been since at least 1860, and possibly since 1776.  But it does no good for those in the Republican Party to posture against each other without profound thought and strategic responsibility.

Palin is not stupid, and neither is Trump, and neither is Cruz.  I suspect Palin sees in Trump what is important to her, which is a willingness to break out of the straitjacket of political correctness.  I believe Cruz’s approach to doing that is both real, and more grounded and longheaded.  But I don’t think either Trump or Palin is stupid or irresponsible to prioritize the non-straitjacket approach.  In times like these, when we are in a genuine crisis of the republic — already, right now — words like “stupid” and “irresponsible,” spoken about the blunt truth, are reactionary.  They’re weak and superficial.  Pretending that it’s “responsible” to keep going along with the destructive agenda of political correctness is what is stupid.  People like Trump and Palin are right to emphasize that.

The onus will be on Cruz to see if he can keep making headway and end up uniting voters behind his more systematic, longer-headed approach.  For what it’s worth, I think he foresees the day when Palin — and even Trump — could be a good ally in the 2016 general campaign.  He doesn’t burn bridges over transient slights and disagreements.  It’s a bunch of other people who’ve been doing that.