Unbelievably, the Governor of Iowa, Republican Terry Branstad, has just come out with an anti-endorsement of one GOP candidate in the caucus that votes on 1 February.

Branstad’s reasoning is that Cruz is an opponent of the federal renewable fuels standard, which forces fuel-makers to buy a lot of corn from growers in Iowa.  The Des Moines Register quotes him as follows:

“Ted Cruz is ahead right now. What we’re trying to do is educate the people in the state of Iowa. He is the biggest opponent of renewable fuels. He actually introduced a bill in 2013 to immediately eliminate the Renewable Fuel Standard. He’s heavily financed by Big Oil. So we think once Iowans realize that fact, they might find other things attractive but he could be very damaging to our state,” Branstad said.

Branstad added that Cruz “hasn’t supported renewable fuels, and I think it would be a big mistake for Iowa to support him.” …

Branstad said Tuesday that Cruz is “diametrically opposed to what we really care about.”

This is a remarkable move.  In America’s checkered political history, I suppose there are probably examples from the distant past of bumptious state politicians urging voters to defeat mainstream candidates.  But I can’t remember if this has happened in my lifetime.  Governors typically come out and endorse a candidate positively.  They don’t tell voters a candidate from their own party has got to be defeated.

This may or may not have Cruz worried, of course.  Branstad’s move looks like one more desperate gambit by the “GOP establishment” to bolster one of their favored candidates.  Where will Cruz votes go, after all, if the voters obediently shift away from him?

Probably not to Trump.  Rubio is a more likely bet.  And keep in mind, the “establishment” doesn’t need an outright win by one of its favored candidates in Iowa (e.g., Rubio, Bush, even Kasich).  It mainly needs to prevent a Cruz win in Iowa.

The RealClearPolitics polling average shows Trump and Cruz basically neck and neck, with Cruz’s 26.7% share at the moment within margin-of-error shot of Trump’s 27.8.  Cruz is the only candidate that, as of today, can realistically trump Trump in the upcoming caucus.

The GOP establishment’s most unhinged animosity is toward Cruz, and its strategy has to be to prevent Cruz from emerging with momentum.  So “attack Cruz” appears to be the tactical theme going into the early primaries.

Note that attacking Cruz inevitably means urgently defending indefensible big-government money pits like the renewable fuels standard.  That’s what the GOP establishment does.  In that way, it differs only by a rounding error from the Democrats: it’s perfectly happy to cultivate economic dependency in the people, and then exploit it as a great moral issue during campaigns.

It’s obvious, when a candidate has the courage to oppose an economic-dependency program in one of the states that benefits from it the most, that that candidate is campaigning on principle.

The klieg light of our amazing time is illuminating the truth out there, folks.  The question is what we’re going to do about it.

I don’t think what we’re going to do in 2016 is what the GOP leadership is expecting. 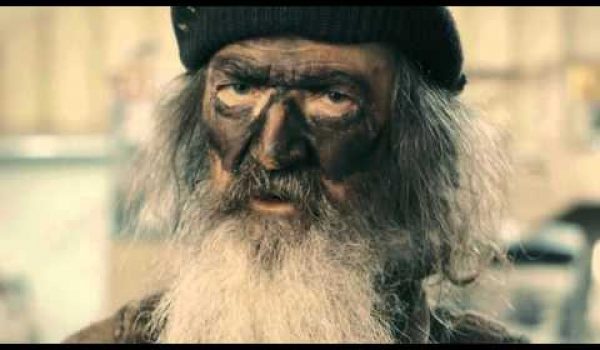