A South African protester at Oxford University is being accused of hypocrisy for demanding the school repudiate the legacy of Cecil Rhodes, even though the businessman funded his scholarship to the school.

Rhodes was a British and South African business magnate and imperialist who made a fortune in diamond mining and promoted the expansion of the British Empire, which he saw as the world’s greatest force for good. Upon his death, he used his estate to establish the Rhodes Scholarship, which selects several dozen students from various countries around the world to study at Oxford University, his alma mater. The scholarship is among the most prestigious and competitive in the world, and past recipients include notable figures like Bill Clinton, Secretary of Defense Ashton Carter, and Australian prime minister Malcolm Turnbull.

But, much as in the U.S. students have attacked the legacy of figures like Woodrow Wilson and Thomas Jefferson, Rhodes’s legacy is coming under fire in both the United Kingdom and in South Africa. A movement calling itself Rhodes Must Fall has targeted statues and other memorials to Rhodes at U.K. and South African universities. Earlier this year, a Rhodes statue was torn down at the University of Cape Town under pressure from activists who, besides bashing the statue, also called for white people to be killed, reviving the anti-apartheid chant “one settler, one bullet.”

Now, activists are seeking to do the same thing to a statue of Rhodes on the grounds of Oxford’s Oriel College, claiming the mere act of walking past the statue constitutes violence against non-white students. Oriel College has already agreed to remove a plaque honoring Rhodes, and says it is launching a six-month “listening period” to help determine what to do about the statue.

One of those leading this protest effort is Ntokozo Qwabe, who hails from South Africa. But Qwabe, as it happens, is a Rhodes Scholar. Now, he is being accused of hypocrisy because he wants to eradicate Rhodes’s legacy but doesn’t want to stop taking the philanthropist’s money.

Classics professor Mary Beard of Cambridge University blasted people like Qwabe in a column she writes for The Times Literary Supplement.

I really don’t think that you can have your cake and eat it here: I mean you can’t whitewash Rhodes out of history, but go on using his cash. And his cash has done a huge amount of good in bringing foreign students to this country … Wouldn’t it be better to celebrate what we have managed to achieve with Rhodes’s money, whatever his views. If he was bad, then we have certainly turned his cash to the better … and maybe, to give him for a moment the benefit of the doubt, if he had been born a hundred years later even he would have thought differently.

Qwabe defends his decision by claiming he is simply reclaiming wealth plundered by Rhodes from Africa.

“Rhodes did not have a scholarship,” Qwabe argued on his public Facebook page, which has seen several critical comments. “It was never his money … I’m a beneficiary of the resources and labor of my people which Rhodes pillaged and slaved.”

Qwabe says the best solution is for the Rhodes Scholarship to be renamed and for all of its money to be given to Africans, in order to repay the continent for Rhodes’ alleged plundering. 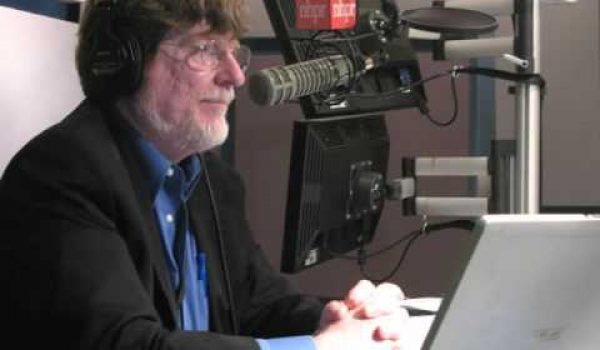 Flashback: NPR used ‘schlonged’ when reporting on Geraldine Ferraro
Next Post
World’s dumbest accomplice might as well have tattoo reading ‘I am your suspect’