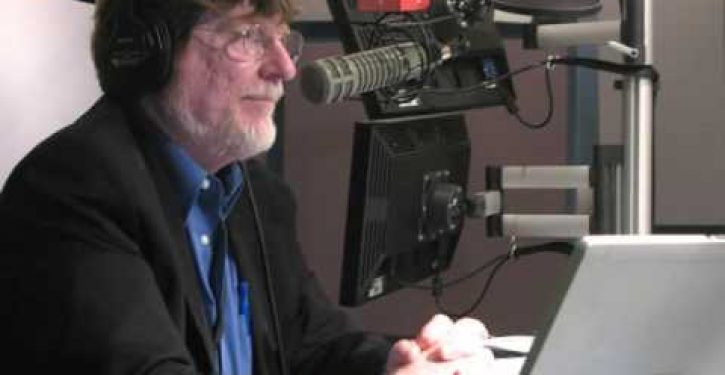 If it weren’t for double standards, the left would have no standards at all.

Take, for example, the current liberal outrage over Schlonggate: Donald Trump’s use of the Yiddish word “schlong” to characterize Hillary Clinton’s eventual loss to Barack Obama in her 2008 bid for the Democratic presidential nomination.

Among the accusations hurled at Trump was that the use of this pejorative for “penis” was misogynistic. One critic with a vivid imagination even posited that it was a racial slur aimed at Obama.

But it turns out that the taxpayer-funded NPR allowed that very term to be used four years ago in reference to another female politician, Geraldine Ferraro, to recall an almost identical political defeat. “Talk of the Nation” host Neal Conan used “schlonged,” moreover, in the same breath in which he mentioned Ferraro’s untimely death, as noted by PJ Media’s Michael Walsh.

Here is the transcript. The video follows:

Sad news to report from this past weekend. Geraldine Ferraro died of blood cancer at the age of 75, the three-term congresswoman from Queens, the first woman to run for vice president of the United States in 1984, the first woman on a major party ticket to do so…. And Chris Cillizza, that ticket went on to get schlonged at the polls, but that’s a historic moment. [Emphasis added]

Will liberals now demand that NPR be defunded? I’m not going to hold my breath.

Prof at Christian collge celebrates Christmas by showing solidarity with Muslims
Next Post
Students at Oxford want to dump Cecil Rhodes, but not the scholarship he endowed