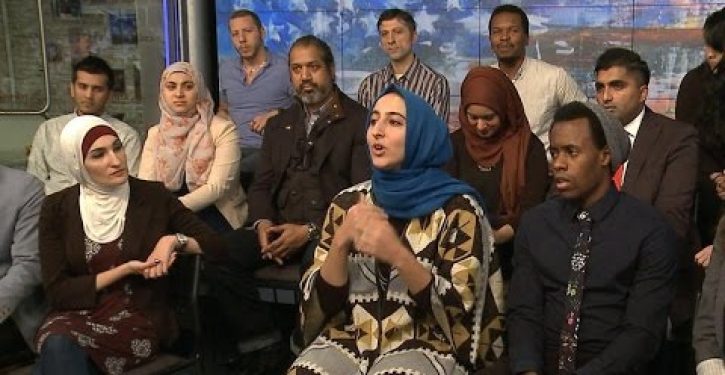 Last week it was the New York Times that edited a comment that might embarrass Barack Obama out of one of its stories.

This week it’s CBS News, which has been accused of doctoring footage of a focus group by pollster Frank Luntz to tone down criticism of the U.S. by Muslim Americans.

According to Raw Story:

The story was sold as a response to Donald Trump, though the focus group focused on wider issues. For CBS, this was a normal, everyday news story that they spun as emphasizing the American in Muslim-American. But now it seems that CBS strategically edited out all of the negative commentary from the focus group participants.

… According to The Intercept, two people who took part in the focus group said that discussions were removed that dealt with critiques of US militarism, surveillance and entrapment. When the participants began to raise concerns about discriminatory practices in government policies, they were quickly silenced by Luntz. Video of that exchange also didn’t make it into CBS’s final cut.

Here is the final edited video:

LV driver who intentionally mowed down 37 people, killing one, is IDed
Next Post
What’s that you say? Some Jersey City Muslims DID celebrate 9/11?