On the same day that Politifact ruled Hillary Clinton’s Trump-ISIS video claim to be a lie, it awarded its Lie of the Year booby prize to another imaginary video. This video is the one Donald Trump alleges he viewed that showed Jersey City Muslims celebrating the 9/11 attacks that felled the World Trade Center.

But a report released by NJ.com, the online arm of the Newark Star Ledger, suggests Politifact may have acted too hastily.

The author of the report, Mark Mueller, doesn’t purport to have found Trump’s elusive video. Instead he offers as evidence the accounts of a police officer who was on duty on 9/11 and residents on the outskirts of Jersey City’s Journal Square who say they witnessed small pockets of people celebrating before the groups dispersed or were broken up by authorities.

Here are a couple of Mueller’s bullet points:

The report, which is quite lengthy, also includes commentary by people in positions of authority who continue to take issue with Trump’s assertion of having watched “thousands and thousands of people … cheering.” One of them, former New Jersey Attorney General John Farmer, Jr. wrote in an opinion piece Nov. 24:

Would it surprise me to know there were small groups of people in that neighborhood who might have been happy? No. But was it on a scale that would have caused us to send in the troops and suppress a riot? No.

In the last analysis, the truth likely lies somewhere between Politifact’s categorical Pants on Fire rating for Trump’s claim and total acceptance of the argument that the fact no video has been found does not guarantee it doesn’t exist.

It does invite speculation on whether Hillary Clinton will be Politifact’s Lie of the Year recipient for 2016. 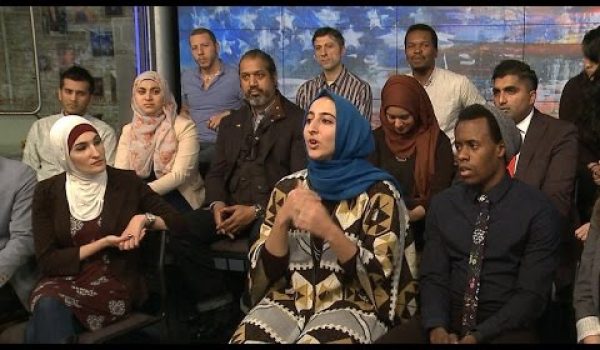 CBS accused of editing out Muslim Americans’ criticism of U.S. from Luntz focus group
Next Post
Meet the squad of female ISIS fundraisers raking in cash for the caliphate