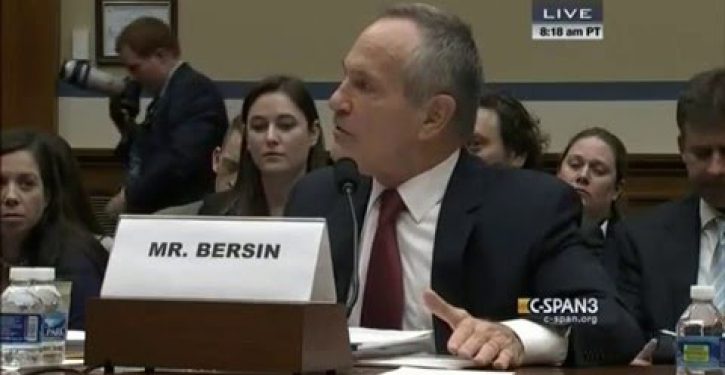 Recently, some Democrats have pushed to curb Second Amendment rights by limiting the use of guns for people not only on the no-fly list, but the error-laden terror watch list.

Jeff Klein (D) even introduced legislation to confiscate guns from individuals on the FBI’s terror watch list or the federal no-fly list — this despite serious flaws in those databases that even devout liberal media outlets have pointed out.

Unfortunately for the left, there is not unanimity in the view that these drastic measures are the key to limiting gun violence or terrorism.

A top-ranking official at the Department of Homeland Security testified that he doesn’t believe it would be proper to use terror lists as a basis for new gun-control legislation.

REP. BLAKE FARENTHOLD: Alright, I guess my concern with this is there has been a lot of talk recently about using these watch lists for purposes other than they were intended. For instance, in determining whether or not Americans are able to exercise their rights under the Second Amendment. Do you think it is appropriate that these lists be used outside of what they were designed for?

ALAN BERSIN: I have not heard that and I don’t believe that it would be — and I believe it would be apples and oranges.

FARENTHOLD: All right. Thank you very much.

In addition to the flaws in the system, it was recently revealed that 72 employees in the Department of Homeland Security are on the terror watch list.