A 2011 memo from the Department of Homeland Security shows a proposal to screen social media accounts of prospective visa applicants concerning possible criminal or national security risks, a proposal the Obama administration nixed.

The program to screen social media accounts for visa applicants might have prevented Syed Farook and his wife, Tashfeen Malik, from carrying out their terrorist attack in San Bernardino.

Top officials at the Department of Homeland Security considered a specific policy to strengthen security screenings for foreign visa applicants’ social media accounts, but the proposal was ultimately rejected, according to an internal department memo obtained by MSNBC.

While the U.S. visa screening process does not include formal vetting of social media accounts, the memo proposed the Obama administration “authorize” customs officials to “access social networking sites” to vet applicants. Such vetting could help catch applicants bent on fraud, crime or “national security” risks, the memo stated.

The federal government considered that policy, according to a former senior official in the Department of Homeland Security (DHS), but officials rejected it in 2011.

That same official claimed he “thought it was a done deal” but after several revisions, senior officials canceled the program based on concerns for privacy and civil liberties.

Watch the MSNBC report below:

Here is the actual memo:

Visa applicants, who are non-citizens, are not entitled to civil liberties or presumptions of privacy granted by the United States government. Therefore, the concerns were not valid. Had the administration been monitoring the social media accounts of everyday citizens, there would be an argument against due process and civil liberties.

In contrast, however, Farook and Malik should never have been given that privilege. Yet, they were not only given a pass on social media, they were not vetted, period.

As reported by Townhall, retired DHS employee Philip Haney wrote a Hill op-ed in which he claimed “the Obama administration officials in the Department of Homeland Security refused to investigate groups in Southern California that affiliated with a mosque Farook attended, as well as a women’s group Farook’s wife, Malik, studied under.”

Haney also believes that if the investigation had been allowed to go forward, the San Bernardino terrorist attacks might have been stopped.

We now know that concerns about bad P.R. led to resistance against such common sense measures to vet visa applicants. The big question is: How far up the chain did the decision to reject this proposal go? 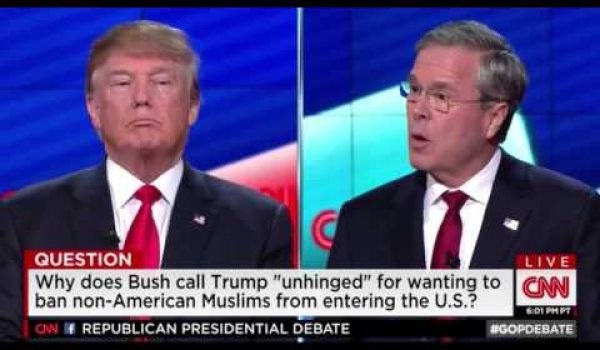 Poll: And the winner of Tuesday’s GOP debate is…
Next Post
Cartoon of the Day: Security gap