Connecticut Gov. Dannel Malloy (Democrat) announced Thursday that he will issue an executive order banning anybody on federal terrorism watch lists from buying a gun in the state.

“We intend to prevent, by executive order through my powers as governor, those on government watch lists from obtaining a permit to purchase a firearm in Connecticut,” Malloy said at a Thursday press conference. “If Congress will not act, we in the states will.”

Under his planned order, anybody on the lists would be barred from purchasing either guns or ammunition. It’s not clear how many people the executive order will affect, but there are about 47,000 people on the federal government’s no-fly list and about a million people on the terrorism watch list (though many of these are not U.S. citizens or even residents). Malloy says the executive order’s details are still being worked out, in concert with the White House.

Malloy emphasized that it was critical to take advantage of the environment created by recent attacks in Paris and San Bernardino.

“This should be a wake-up call to all of us,” he said. “This is a moment to seize in America — and today I’m here to say that we in Connecticut are seizing it.” Malloy also described the action as “simple common sense.”

A similar ban failed to pass the U.S. Congress last week, though President Barack Obama is urging Congress to reconsider.

Connecticut already has some of the country’s toughest gun laws, enacted in the wake of the Sandy Hook Elementary School shooting which killed 28 people. Now, those laws will become event stricter.

It’s not clear whether such a ban is legal, though. The government has wide leeway to place people on terrorism watch lists, and those on them often have never been convicted of any crime. The government is not obligated to tell people whether they are listed, and there is no statutory means of being removed once one’s name is on it. There’s also the matter of the Second Amendment, which protects the right to bear arms, and the Fifth Amendment, which prohibits depriving individuals of liberty or property without due process.

Eugene Volokh, a professor of constitutional law who blogs for The Washington Post, has been very critical of efforts to roll back gun rights in this manner.

“Most of the time this would come into play only as to people for whom the government doesn’t have proof of terrorist activity,” Volokh wrote last week. “If the government had proof, presumably the people would be prosecuted … I can’t see how that’s constitutional.” 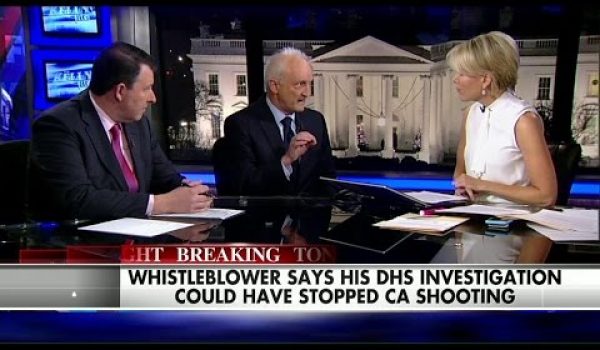