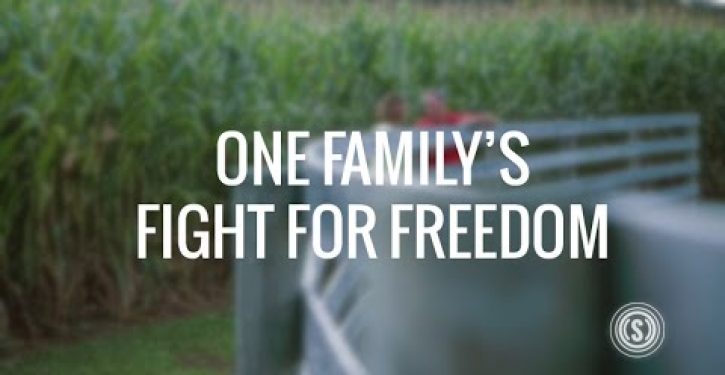 The owners of Liberty Ridge Farm in Schaghticoke, N.Y., are appealing a ruling which fined them $13,000 for declining to host a lesbian wedding at their venue.

The farmers – Cynthia and Robert Gifford – were hauled in front of a Human Rights Commission and ultimately fined, despite their claim that the event violated their religious beliefs and did not constitute a violation of anybody’s rights.

Additionally, the Gifford’s only declined the marriage ceremony itself, and were happy to allow the lesbian couple to host their reception at Liberty Ridge.

The owners have vowed to fight on.

The owners of Liberty Ridge Farm refused to host the 2013 wedding of Melisa and Jennie McCarthy, citing their Christian beliefs that marriage is between a man and a woman. The state’s Division of Human Rights ruled that business owned by Robert and Cynthia Gifford violated New York’s anti-discrimination law.

Lawyers for the Giffords will argue before a mid-level appeals court Monday in Albany. The couple’s lawyers contend they were exercising their constitutional rights.

After a ruling last year, the Giffords spoke out in this heart-wrenching video, in which they announced that they would no longer host weddings in any form at their business and pleaded with the lesbian couple to understand that they are “not hateful people.”

Via the Daily Signal:

The phone call at 8:30 p.m. seemed routine for Cynthia and Robert Gifford — a bride-to-be inquiring about holding a  wedding at their home, Liberty Ridge Farm in upstate New York.

Then Cynthia Gifford realized the caller wanted to book their family farm near the village of  Schaghticoke for a same-sex wedding. She politely declined.

“We’re not hateful people,” Gifford said in an interview with The Daily Signal, holding back tears. “We just believe that a marriage is between a man and a woman, and we do not want to hold a [same-sex] marriage ceremony here on our family farm because the state tells us we have to do it.”

New York state forced the Giffords’ hand on this issue, telling a small business owner to fork over thousands of dollars and stopping them from hosting weddings at all, a clear violation of their own rights.

Sadly, the entire affair was a setup to begin with.  Erwin and McCarthy just happened to be recording a phone conversation with the owners of Liberty Ridge – the first contact they had with the Goodwin’s. Additionally, the couple were from Trenton, N.J., but apparently took up the noble fight on behalf of lesbian couples in New York. In other words, they were looking for a payday.

Question to ponder: Why is a Human Rights Commission only interested in the rights of the lesbian couple, but not equally fighting for the religious rights of the farm owners?