The white menace that blacks have been conditioned to fear doesn’t actually exist, but that comes as cold comfort to would-be victims of institutionalized racism. So when predicted (hoped-for?) hate crimes don’t materialize, some enterprising souls take matters into their own hands and invent assaults on their “safe space.”

Such an entrepreneur is 17-year-old Shalaria Jones, who was arrested last Wednesday for making terroristic threats against her school on social media.

The Arlington (Texas) Voice  explains that Jones, pretending to be a “white” student at Bowie High, used a fake Twitter account to post three threatening tweets — one including a picture of a handgun and a threat of a school shooting.

The text one of the tweets from the account (since suspended) read:

Initially, 12 police officers were stationed at Bowie as a precaution. The school was inundated with calls from concerned parents, and as many as 300 students left the building out of fear for their safety.

Police were easily able to track the IP address used to set up the Twitter account back to a cell phone number belonging to Jones, who denied owning the account when confronted by detectives that same evening.

It was discovered that Jones had “retweeted” the terroristic threat on her otherwise inactive personal Twitter account. In a follow-up interview, those retweets had been deleted.

Detectives also found where two separate searches for “picture of gun” had been conducted on the phone.

At this point, Jones  refused to allow any further searches, which delayed, but didn’t deter, detectives. After obtaining a search warrant, they found the same gun image file used in the threatening posts in the phone’s cache.

Jones is being held in the Arlington City Jail on a $10,000 bond. Making a terroristic threat is classified as a felony offense.

The Arlington police have issued a cautionary tweet of their own:

Black rental car agent in NY refuses to rent to repeat customer … because he is Israeli? *UPDATE*
Next Post
Farm owners in Upstate New York to appeal fine for refusing to host lesbian wedding 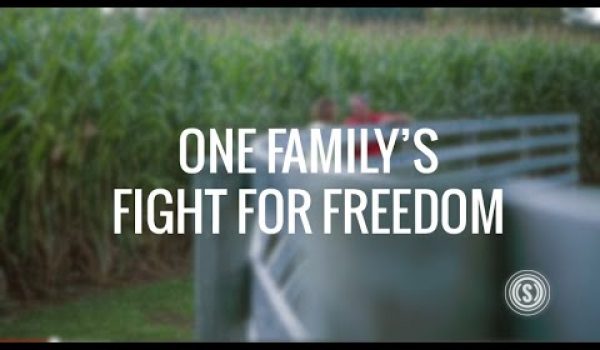