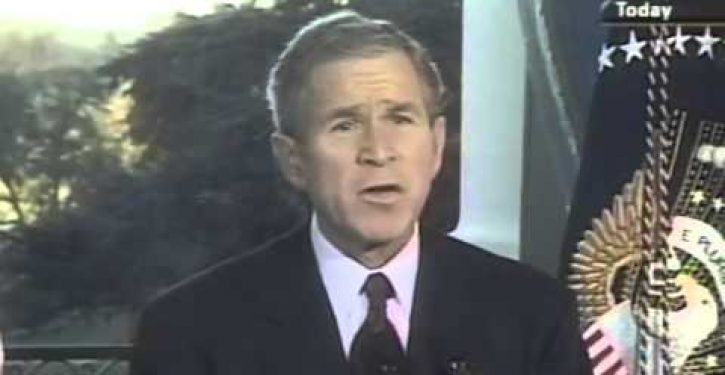 What do you know! Ever since Barack Obama became president (and even before), Democrats have blamed former President George W. Bush for everything from terrorism to why the milk in the fridge is spoiled. Now, suddenly, no less a figure than Slate’s Jamelle Bouie is lauding Bush #43, urging him to re-enter the political scene so he can lecture his party about how to be nicer to Muslims.

It gets richer: The DNC is using news clips of the former POTUS in a TV commercial, touting him as the exemplar people should follow when talking about radical Islam.

The spot maintains that usage of those incendiary labels is tantamount to saying “all Muslims are terrorists,” which is ridiculous since all of the speakers in the ad qualify their comments with the adjective “radical.”

The video switches to the Democrats’ new hero, Dubya, who says something that all of the Republicans previously cited would already agree with: that the war against terrorism is not a war against Muslims.

But the DNC is preaching to the wrong choir anyway. A recently released Rasmussen poll found that 56% of Democrats believe America is at war with radical Islam.

And they have company in the Middle East. King Abdullah of Jordan warned last Tuesday that “we are facing a Third World War against humanity” if the civilized world does not “act fast to tackle” the Islamic State and similar terrorist groups. He went even further with his condemnation, stating, “This is a war, as I said repeatedly, within Islam.”

As for Bush #43, if the Democrats really want to praise him, perhaps they should talk about how when he left office the Iraq war was won — that all his successor had to do is leave a small force of 10,ooo or fewer troops. Yes, yes: The left will lecture the rest of us about the how “status of forces” agreement tied Obama’s hands. As though this president has ever missed an opportunity to use his phone and/or his pen to achieve his own political objectives.

Cross-posted in altered form at The Lid 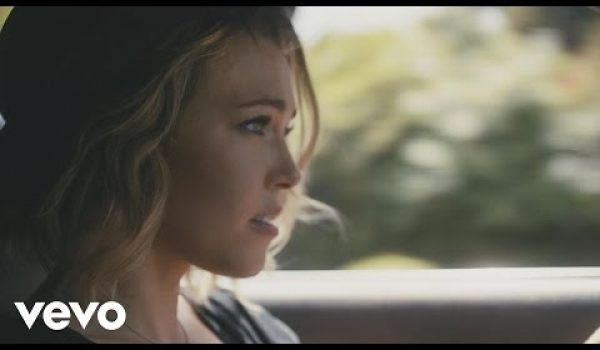