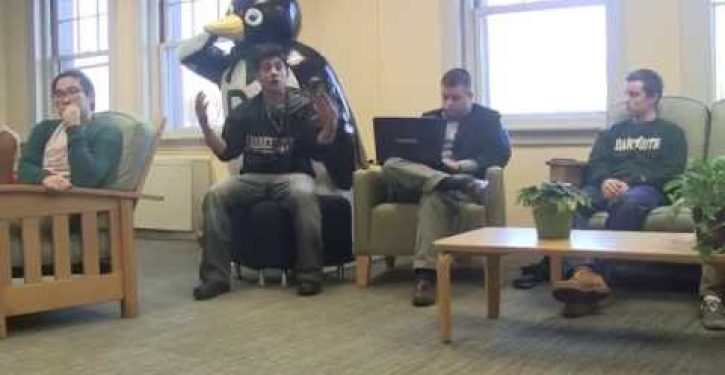 Oh — and the snow needs to be black!

Activists at Dartmouth College, already in the spotlight after they stormed the school’s library and berated white people for their privilege, are now calling for the school to rebrand its popular Winter Carnival event to be about social justice and Black Lives Matter.

Dartmouth’s Winter Carnival has existed for over 100 years and is the school’s premier annual event, mixing traditional winter festivities with a great deal of drinking and capped with the building of a large snow sculpture at the center of campus. Each year’s carnival has a theme (such as ancient Rome or Game of Thrones), and 2016’s was scheduled to be based on the book “The Cat in the Hat,” written by Dartmouth alumnus Dr. Seuss. The theme isn’t a casual choice, as the school received special permission from Seuss’s heirs to use the theme.

Now, though, activists want Seuss tossed, to be replaced with something more explicitly political and tied to the Black Lives Matter movement.

The proposal emerged via an email sent to campus Sunday, three days after the march through the school library. According to the email, which was obtained by Campus Reform, “The Cat in the Hat Comes to Winter Carnival does not recognize the urgency of student safety and our need to address community-wide issues surrounding race and social justice, pressing concerns both on this campus and in our country.”

Specifically, the students behind the email propose that the theme become “sNOw Justice, sNOw Peace,” a pun on the popular activist slogan “No justice, no peace.”

“This is a unique and critical opportunity to center the discussion around People of Color on campus,” the email continues. “Why not, amongst the dog sledding and the Polar Bear Plunge, look at other traditions that make this campus great: traditions of speaking up and speaking out, traditions of change and progress, and traditions of coming together to celebrate the diversity and multitudes of voices among us?”

A group of about ten students showed up at a Winter Carnival planning meeting Monday to push the proposed re-theme (although the carnival’s theme wasn’t originally on the agenda). One of them recorded the meeting, and their video was posted to YouTube by an otherwise inactive account named “Justice at Dartmouth.”

Dartmouth student Geovanni Cuevas, who recently started a ruckus at Brown University by claiming to be a victim of police brutality, served as a group leader for the students at the meeting who favored a change. He said he was already working to book a series of speakers for Winter Carnival weekend, such as black academic and democratic socialist Cornel West.

Geo claimed this approach to Winter Carnival would cause a “critical mass” of non-whites to come to Hanover to celebrate Winter Carnival and make it more successful than ever.

Another student, a black girl, said that using a Dr. Seuss theme instead of something more political would amount to Dartmouth’s student body burying their heads in the sand on racial issues.

“Having a Dr. Seuss theme is kinda ignoring the tension that is on campus,” she said. “The reason something like this would happen is because we don’t address these tensions, we kind of just ignore it.”

Yet another student said that politicizing a high-profile event like Winter Carnival would achieve the laudable goal of advancing BLM’s agenda in a big way.

“Dartmouth is a very prominent institution, and Winter Carnival is a very famous event, like, Hillary [Clinton] was mentioning it in her speech when she came here last week,” she said. “If we did something like this, if we acknowledged that there is a problem in such an overt manner, I think that would have a very large effect.” She then quoted Spiderman, declaring “With great power comes great responsibility.”

A fourth supporter of the proposal suggested that a BLM-themed carnival would be a way for white Dartmouth students to show they were true “allies” of racial minorities.

Other students at the meeting were more skeptical. One attendee pointed out that Winter Carnival is a fun, celebratory event, and the new theme would totally change its dynamic.

“Why make something so light and fun into something so serious and so poignant?” He asked. A student calling himself Geo responded that the BLM-themed Carnival would be anything but somber.

“This will be one of my happiest moments at Dartmouth, if we can do this I will be beyond ecstatic,” said Geo. “If Cornel West comes here and mobilizes a region of people of color, people will come out of the woodwork to come see him … it will not be a sad time.”

“Think of it as celebrating in a new way,” suggested another student.

Another student warned that politicizing Winter Carnival would set a dicey precedent for Dartmouth and turn Winter Carnival into a divisive event rather than a unifying one. This provoked a response of incredulity that anybody could oppose the Black Lives Matter movement.

“I don’t understand why racial justice should be divisive, and if it is divisive, maybe we should address that,” said a student pushing the change, which earned a series of snaps from backers.

Students who tried citing tradition to resist the new approach were shot down in short order.

Throughout the entire event, backers of the change repeatedly claimed that racial minorities were not “safe” on campus and were critical of police, though they didn’t cite any clear examples of how their safety was imperiled. In fact, as befits its status as a wealthy, rural college town, Hanover, New Hampshire has very low crime rates.

In the end, the students organizing Winter Carnival adjourned the meeting without resolving the matter, leaving the final fate of Dartmouth’s Winter Carnival in doubt. The organizers said they were contemplating a merger of the two themes, creating a hybrid Dr. Seuss/racial justice Winter Carnival. But they also paved the way for a possible legal escape, saying they would have to review contracts with Seuss Enterprises that could restrict them from abruptly altering the theme. 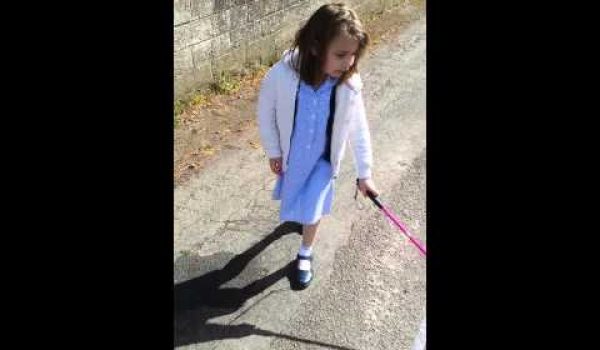