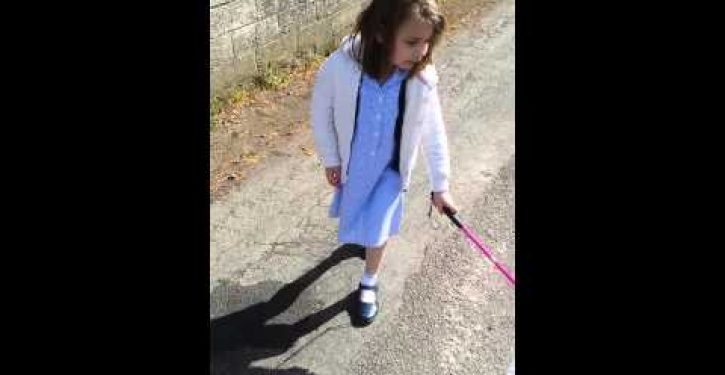 Hey, give the school some credit! They could have made their decision to ban a blind child’s walking cane on the basis that she might use it as a rifle or some other weapon.

The reason Hambrook Primary School, in England, did give for banning the 7-year-old’s cane was that it posed a threat to the “health and safety” of others (who might trip over it, for example).

According to the Bristol Post, the child, Lily-Grace Hooper, suffered a stroke when she was four days old, leaving her totally blind in one eye and able to distinguish only between light and shadow in the other.

The cane was given to her for Christmas by Common Sense Cane, a charity for blind children in the U.K. She began using the cane, which became a virtual extension of her arm, in April.

But a risk assessment performed recently by Sensory Support Service found that the cane presented a “high risk” to people around Hooper. Instead of her using the cane, the experts recommend that Lily-Grace have “full adult support” at all times, meaning, in essence, that she be led around by the administrators — who are only half-blind.

The child’s mother, Kristy, argues having a helper will make her daughter too dependent on others and will distance her from her classmates. She is quoted as saying:

It is a disability, but I want to … make sure she can become independent. 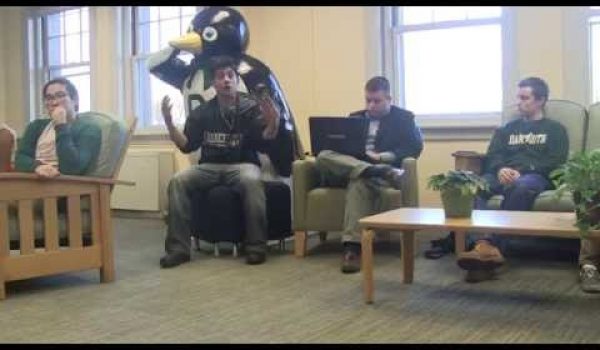