Germany has decided to reinstate the Dublin Regulation which gives it the right to send refugees back to the country in which they first entered the European Union.

Hungary and Croatia may each get hundreds of thousands of refugees returned over the next few months. The decision excludes those who entered through Greece.

The Dublin Regulation gives the country that allowed a refugee to enter the EU responsibility to settle it while the asylum application gets processed. German Chancellor Angela Merkel stopped enforcing the policy in August — citing “humanitarian reasons” in regard to Syrian citizens — but will reapply it to ease the pressure after close to 1 million arrivals in 2015.

Merkel is now giving in to her declining approval ratings, with the center-right opposition gaining ground in the polls.

Settling refugees has cost at least 8 billion euros more than what was originally expected, adding to her criticism.

What makes things problematic is that a majority of refugees haven’t registered their arrival in Europe.

“The Interior Ministry is about to completely cripple the Office for Migration and Refugees,” Günter Burkhart, head of a pro-immigration group told the DPA news agency. “Returning so many people to Hungary or Croatia is inhumane and, at the same time, unrealistic.” 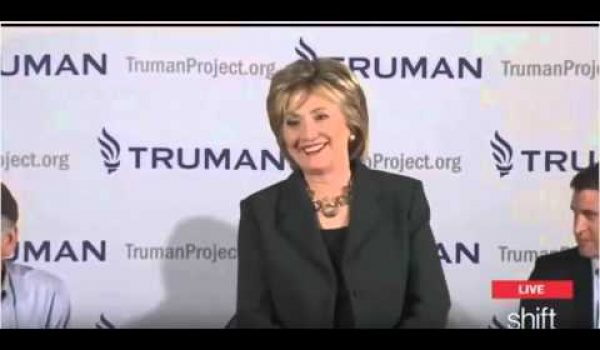 Hillary yuks it up with supporter who says he wants to ‘strangle’ Carly Fiorina
Next Post
Disgusting: Enviro lawyers use middle schoolers as pawns to sue over ‘climate change’