Something seems amiss here. The term African American (both with and without the hyphen came up eight times in last night’s Democratic debate, the previous preferred label, black, ten times — most of those, moreover, in the context of Black Lives Matter. So how can so many people have complained on Twitter that the debate was racist?

Ahh! It’s because even though the Democratic Party is increasingly defined by its support among America’s younger and non-white population, Tuesday night’s debate drew stark attention to the fact that all five of the party’s major candidates are relatively old and very, very white. The result was a storm of commentary on social media from those eager to point out the party’s failure to field a candidate pool that matches the diversity of its voters.

Many Twitter jabs appeared to come from Republicans eager to rib Democrats for their lack of diversity, but plenty appear to come from Democrats and liberals who appear disappointed that the party’s contenders all hail from one race:

Democratic debate audience is as white as the Oscars.

Is this a presidential debate or a white power rally? #DemDebate pic.twitter.com/Bq0pGZ8mpt

the most diverse part of this debate is @HillaryClinton's white lady salwar kameez. #DemDebate

@Talkmaster New paint color – Democrat Debate White. Only comes in eggshell. You can scrub it all you want, it will never come clean.

Consternation from some quarters over the whiteness of the debate stage was enhanced when candidate Jim Webb was questioned about his dislike of affirmative action, which provoked a response from him that mentioned the poverty suffered by whites in Appalachia.

Affirmative action is not black privilege. It’s an attempt to push back against the monsoon tidal wave of white privilege. 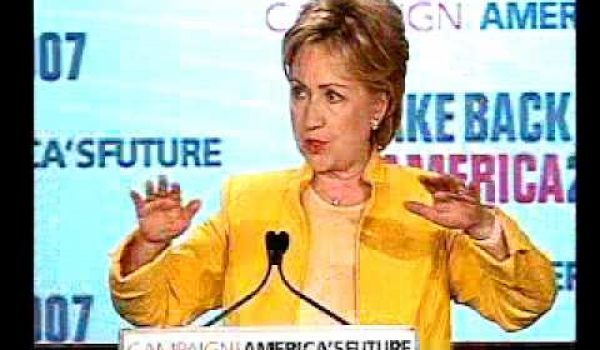 3 things last night’s Democratic debate revealed about Bernie Sanders
Next Post
Cartoon of the Day: Weighing in on what counts