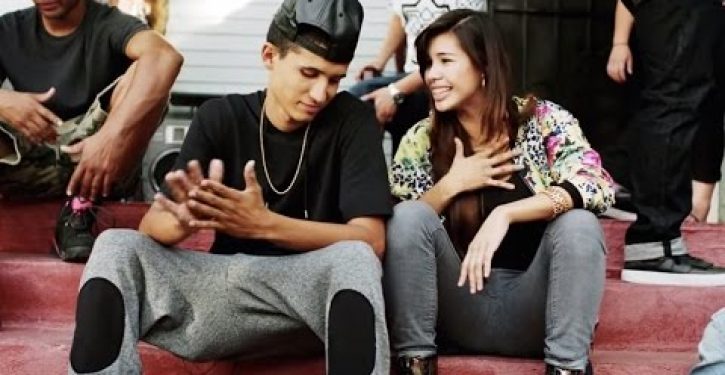 The Food and Drug Administration is preparing to dole out $128 million on a hip-hop campaign in the hope getting minorities to quit smoking.

The staggering sum will be spent on an array of ads, events, and videos targeting blacks, Hispanics, and other minority teenagers who are currently smoking or are thinking about using tobacco.

According to the FDA, the “Fresh Empire” campaign is needed because teenagers who identify with hip-hop are more likely to smoke and had been under-served by government efforts to crack down on tobacco use.

Mitch Zeller, director of the FDA’s Center for Tobacco Products, argued that the teenage community that’s into hip-hop is “often hard to reach, has been under-served by tobacco education efforts and may be at higher risk for some of the most serious negative health outcomes.”

Anticipating those who may be skeptical of the federal government’s ability to understand and re-create an art genre for the purpose of influencing public health, Zeller was keen to point the depth of the FDA’s hip-hop knowledge:

We know from our research that remaining in control is an important pillar of hip-hop culture. But smoking represents a loss of control, so tobacco use is actually in conflict with that priority.

Zeller is a veteran of anti-tobacco campaigns. In 2000, Zeller was a leading player along with the American Legacy Foundation in the “Truth” campaign, which aimed to reduce teen smoking nationwide by changing “social norms.”

The first ads will air on Oct. 13 — the same night as the 2015 BET Hip-Hop. The ads will continue to be shown in 36 U.S. markets for a minimum of two years. The campaign is being paid for with fees extracted from the tobacco industry by the FDA. Fresh Empire has already released 11 videos, one of which follows.

Cartoon of the Day: A friend in need
Next Post
Cartoon bonus: A grave message