A First Amendment battle is underway in Houston. Battle lines were drawn in June when the city council began producing edicts against anything deemed discriminatory to the LGBT community. Coincidentally, this began to happen after Houston elected its first openly gay mayor.

Fox News reported Monday that the city has issued subpoenas demanding that a group of pastors turn over any sermons dealing with homosexuality, gender identity, the Houston Equal Rights Ordinance (HERO), or Annise Parker, the city’s lesbian mayor. Ministers who fail to comply could face contempt of court citations.

The city’s subpoena of sermons and other pastoral communications is both needless and unprecedented. The city council and its attorneys are engaging in an inquisition designed to stifle any critique of its actions.”

In a Tuesday statement, ADF noted that the groups had submitted petitions with three times the number of necessary signatures to force Houston to discontinue this action. However, city attorney David Feldman said the petitions included “too many documents with irregularities and problems to overlook.” The Houston Chronicle reports that the petitioners are hoping to force a repeal referendum when they get their day in court in January. 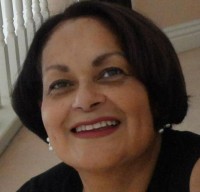 Sylvia Van Peebles is based in Southern California, where she has had an up close and personal experience with the border crisis. She is the mother of a Marine who served two tours of duty in Afghanistan. She has written for Examiner and is author of the short story collection "Looking for Butch," available at Amazon.