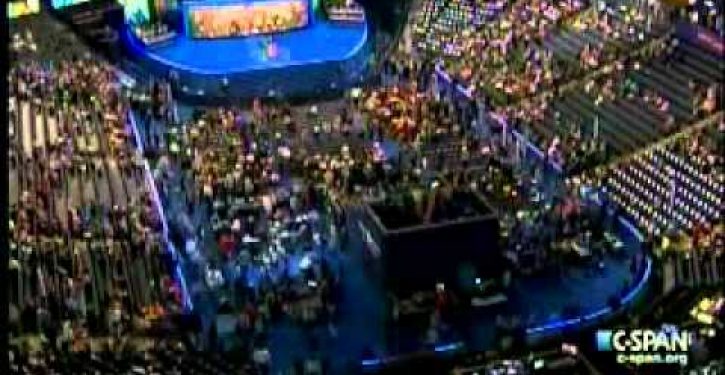 “The Battle of Waterloo,” Wellington is reported to have said, “was won on the playing fields of Eton.”

Whether that quote is apocryphal or not, it’s evocative, suggesting that cultivation of the British spirit, in the nation’s most elite prep school of the day, was an especially important factor in defeating not just Napoleon, but the proto-fascist Napoleonic idea.

Some six-score years later – at the other end of the “peace of Vienna” – the descendants of many of Wellington’s Etonians assembled at Oxford, to, in effect, set up the inverse proposition.  In the infamous Oxford Union debate of 1933, which resolved “that this House will in no circumstances fight for its King and Country,” the contestants for the motion were at pains to repudiate the British spirit invoked by Wellington.  Adolf Hitler, for one, was paying attention.

Neither the playing fields of Eton nor the Oxford Union debate was a factor that directly or explicitly governed British policy, or British fortunes.  But the idea that they mattered to specific outcomes, because they symbolized what governed the expectations of an age, is compelling.

I had the sense in 2012 that we were witnessing such a moment, when delegates of the Democratic Party here in the United States were caught on camera at the presidential nominating convention booing and catcalling references to God.  (The other thing they booed was a motion to recognize Jerusalem as the capital of Israel – a clause that had previously been a standard part of the Democratic Party platform.)

And I have the same sense today, as information comes out about the vote in Parliament – a non-binding but still politically jarring vote – on Monday, 13 October, on the following proposition:

That this House believes that the Government should recognise the state of Palestine alongside the state of Israel as a contribution to securing a negotiated two state solution.

The proposition, in other words, is that Britain should recognize a “state of Palestine” preemptively, as a way of forcing Israel’s hand.  The resolution would thus formally contravene the Oslo process – the last official “orders to the helm,” if you will, for the course of Arab-Israeli negotiations – which requires that Palestinian statehood be negotiated between Israel and the Palestinian Arabs.  Indeed, the Oslo Accords provide that going outside that framework violates Oslo, a stipulation that applies to the “Quartet” of negotiating partners – the U.S., EU, Russia, and the UN – as much as to the Arabs or Israelis.

And that’s just the Oslo-specific aspect of the problem.  There’s also the UN principle that no third party, whether it’s Britain, the EU, or the UN, can simply declare a new state into being.  The attempts that have skirted doing so (or have done so outright) in recent decades have remained in unresolved dispute:  e.g., Turkey’s invasion of Cyprus in 1974 and declaration of a nation of “Northern Cyprus”; Russia’s invasion of the Georgian provinces of Abkhazia and South Ossetia in 2008, and declaration of independent “nations” there; Russia’s invasion of Crimea this year, and the vague declaration of a Russian-aligned, non-Ukrainian political entity there; even – especially from Russia’s and Serbia’s perspective – the unnegotiated establishment of an independent Kosovo in 2008, on which the UN Security Council remains divided.

A case can be made that the non-binding effort in Parliament is purely theatrical and will have no impact on UK policy.  The whole thing was staged by the opposition (Labour), and the 274-12 vote in favor of the resolution was accomplished in a half-empty Commons chamber.  The great majority of Conservatives didn’t even show up for the debate or the vote.

But 40 Conservatives did show up and vote for the resolution, which (to me) is a surprisingly healthy percentage of their 303 seats in the Commons.  (Conservatives were 6 of the 12 No votes.  Note: the voting breakdown was provided by Jonathan Hoffman of the UK Zionist Federation, a contributor to the Jewish Chronicle, Comment-is-Free Watch/CiFWatch, and other periodicals and blogs.  See the graphic below for the complete breakdown by party.)

There were 191 Labour votes for the resolution, a substantial majority of Labour’s 257 seats.  This means that out of the 560 seats held by the two major parties, 231 MPs voted in favor of an irresponsible – a sophomoric, precious, and sentimental – approach to national policy on nationhood, borders, and international security.  (The 274 Aye votes, which include the minor parties as well, is out of 650 total seats in the Commons.)

Frankly, no one who stood still for the debate on Monday should have found himself able to vote for the resolution.  The debate was hysterical in tone and riddled with outright falsehoods.  (Elder of Ziyon has a good selection here; see also here.)  To call the debate an exercise in pandering to Muslim constituents is almost an insult to pandering.  The debate was meritless in the extreme, futile and ridiculous; as Conservative MP Guto Bebb wrote in an op-ed in the Telegraph, it could not and should not affect UK policy.

But just when an email correspondent had nearly convinced me that the vote didn’t mean much, news broke of a remarkable screed launched against Israel from a special Middle Eastern envoy of the Cameron government, Tory MP Alan Duncan.  The speech, given before the Royal United Services Institute on 14 October, the day after the vote, could have been written for him by Fatah (and might have been more temperate if it had been).  The Daphne Anson link has the video, but if you can hardly stand watching Duncan, you can read the full text here.

Melanie Philips outlined in a summary at Facebook how Duncan flogged the well-worn themes of anti-Zionism and anti-Semitism, culminating in the inevitable charge that Britain is “in hock” to “another country,” unduly influenced by British Jews.  (She points out that Duncan said baldly, in another recent instance, that the United States is “in hock” to a “very powerful” Jewish lobby.)

Duncan is a representative of the sitting government, not an opposition politician or, in theory, a fringe radical.  As little as 10 years ago, his tirade, and those of the Labour speeches in the parliamentary debate on Monday, would have been unutterable, recognized for the baseless extremist rants they are.  Most of the same politicians would have been deterred by a sense of propriety and proportion – perhaps even just by basic honesty – from giving voice to them in public.

What has changed from 10 years go is that that is no longer the case.  And that, for me, is what makes this a moment like the “King and Country” debate, and the booing of God by the American Democrats in 2012.

Consider how the parliamentary vote and Duncan’s screed have damaged Britain’s foreign policy posture.  They’ve put in serious question whether the UK, as a principal in the EU slice of the Oslo Quartet, can be an honest broker in Arab-Israeli negotiations.  They have encouraged other European nations to abandon all pretense of honest fairness regarding that process, at a time when Sweden’s new prime minister has already said his government plans to preemptively recognize a “state of Palestine.”

They have encouraged Islamists who seek to subvert the West from within: given them fresh hope that immigrating and pressing Islamist causes in the West will effect a long-term political transformation.

And as a general matter, they have acted without regard to the Western-birthed security principles that, when observed and enforced, keep the peace while accommodating positive change.

The world stands on a precipice today, with ISIS and other Islamofascist guerrillas marauding across borders through the heart of the Middle East.  One of the biggest questions before a watching world is whether the great powers will step in and try to enforce the security principles they themselves have written for the modern era – starting at the Congress of Vienna, after that Battle of Waterloo where the playing fields of Eton were such a factor.

The events in Britain this week suggest a discouraging answer.  Perhaps David Cameron will denounce Parliament’s little tantrum, fire Alan Duncan as a special envoy, and emphasize Britain’s more responsible official posture, which is that she endorses a two-state solution achieved through the Oslo process.  But frankly, Cameron should have taken order to the playing fields of Westminster (and, it seems, Whitehall) already.  He certainly needs to do it this week, and loudly, if he wants to have a useful effect.

I doubt that Parliament’s vote on Monday represents the sentiments of a majority of Brits.  But the “King and Country” debate didn’t either, in 1933, and it still mattered.

The American Democrats booing God in 2012 didn’t represent a majority of Yanks.  But men and women of the future are going to remember these non-binding expressions of sentiment as emblems of a civilizational failure of character and will, at a time when bloodthirsty predators were organizing at our gates.

We are entitled to worry that British policy will, in fact, be irresolute and incoherent after the vote this week on “Palestine,” just as it was in the 1930s after the Oxford Union debate – and as America’s has been, in the hands of a radical-left Democratic administration, in the years since Democrats assembled for business in North Carolina, and many of them booed God.