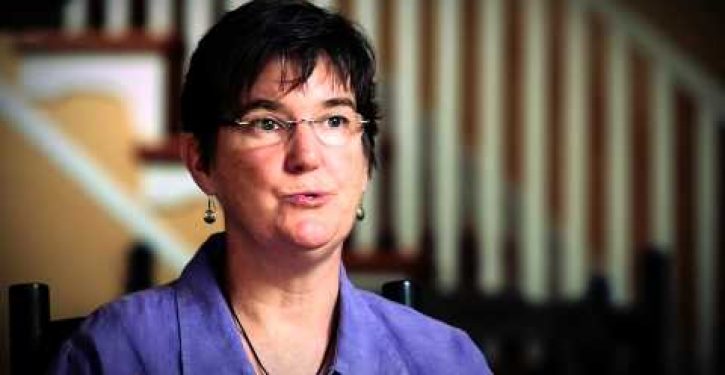 It’s a variation of the circus trick to see how many clowns can be squeezed into a tiny car. Except in this case, the head clown is Barack Obama, and the trick is to see how many controversial guests he can invite to the White House for the Pope’s visit to tomorrow.

Last week it was a pro-abortion nun, a gay bishop, and a co-chair of the Transgender Caucus for Dignity USA. The latest invitee is a Catholic schoolteacher who lost her job after marrying her same-sex partner. The partner has been invited as well.

Margie Winters taught at Waldron Mercy Academy until June of this year, when she was fired after parents complained about her same-sex marriage.

The gay-rights group Human Rights Campaign obtained the White House tickets for Winters and her wife Andrea Vettori, according to the Philadelphia Inquirer. The group has promoted the story of Winters and Vettori, releasing a video last week that uses them to pressure the Catholic Church to accept gay marriage. Current Catholic doctrine regards homosexual acts as sinful and defines marriage as between a man and a woman.

In the video, which follows, Winters reads a letter she wrote to Pope Francis in July where she asks him to “intervene on our behalf and countless other faithful Catholics so that we may not be condemned to live a life exiled from a church we so love and want to serve.”

Philadelphia’s archbishop, Charles Chaput, has defended Winters’s termination as an act of “character and common sense.”

As for Obama’s controversial guest list, one Vatican official has expressed displeasure, saying he feared Francis would be photographed alongside dissidents in an apparent endorsement of their activities. The official also expressed displeasure that while so many dissidents were invited, nobody appears to represent America’s anti-abortion movement, which has close ties to the Catholic Church.

Cartoon of the Day: Heartless
Next Post
Time to ‘John Paul Jones’ the non-deal ‘Iran deal’