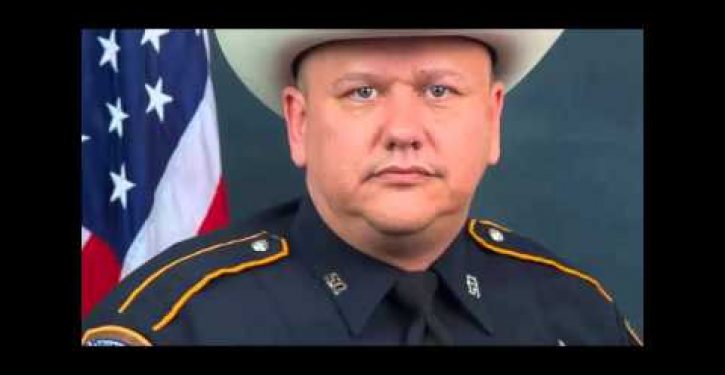 The nation has grown accustomed to threats from terrorist groups each year on the anniversary of 9/11. This year, an additional threat has been made by a group that bristles at the suggestion that it is a loosely knit amalgamation of terrorists. In a Daily Caller exclusive, Kerry Picket writes that “law enforcement agencies are on high alert this week due to violent threats coming from the Black Lives Matter movement”:

According to several Be On Look Out (BOLO) alerts sent from several law enforcement agencies and exclusively obtained by The Daily Caller, some members of the “#blacklivesmatter and #fyf911 are calling for the murder of more police officers on a site called blog radio.”

One caller on the show says, “When those mother f**kers are by themselves, that’s when when we should start f***ing them up. Like they do us, when a bunch of them ni**ers takin’ one of us out, that’s how we should roll up.” That caller goes on, “Cause we already roll up in gangs anyway. There should be six or seven black mother f**ckers, see that white person, and then lynch their ass. Let’s turn the tables.”

The question of whether Black Lives Matter is a terrorist organization was asked in a piece at Inuqistr on Aug. 31 that also suggested an answer. Alicia Garza, a feminist and one of the founders of the movement, wrote an article at Feminist Wire titled “A Herstory of the #BlackLivesMatter Movement.” In it she explained:

When I use Assata’s powerful demand in my organizing work, I always begin by sharing where it comes from, sharing about Assata’s significance to the Black Liberation Movement, what it’s political purpose and message is, and why it’s important in our context.

The Assata in question is Assata Shakur (aka Joanne Chesimard), a convicted cop killer and former Black Panther who escaped from prison in 1979 and has been living in Cuba as a fugitive since 1984. In 2005, the FBI classified Shakur as a domestic terrorist and offered a $1 million reward for information leading to her capture. On May 2, 2013, the FBI added her to the Most Wanted Terrorist List, making her the first woman to be so distinguished.