The U.S. Constitution doesn’t grant or create legal rights. It recognizes and protects rights that already inherently exist– what the Framers called, “inalienable.” As such, inalienable rights cannot be created, altered, limited, or removed by manmade laws or governments.

The right to life, to protect one’s life, family, property, business, etc. — with guns and other weapons — is one of these inalienable rights specified in the Second Amendment.

The Second Amendment is one of ten in the Bill of Rights that lists rights that “shall not be infringed” upon by the government. The Supreme Court emphasized three primary facts (among others), specifically, when it ruled on The District of Columbia v Heller in 2008.

First, the Right to Bear Arms, as already stated, is a pre-existing right. The Court held:

The Second Amendment implicitly recognizes the pre-existence of the right and declares only that it ‘shall not be infringed’ … this is not a right granted by the Constitution.

Second, the Right to Bear Arms is an individual right. The Framers repeated three times that, “the right of the people to keep and bear arms shall not be infringed.” The Court ruled that each of these three instances “unambiguously refer[ed] to individual rights, not ‘collective’ rights, or rights that may be exercised only through participation in some corporate body.”

Nowhere else in the Constitution does a ‘right’ attributed to ‘the people’ refer to anything other than an individual right.

And, this individual right, the Court noted, was an “inherent right of self-defense [that was] central to the Second Amendment right” (p.56). A militia at the time comprised all citizens physically capable of defending themselves; including, ” … the ‘right of self-preservation’ as permitting a citizen to ‘repe[l] force by force’ when ‘the intervention of society in his behalf, may be too late to prevent an injury’” (p.21).

Third, the Right to Bear Arms (includes weapons “in common use of the time”) is necessary for citizens to defend themselves from domestic and/or foreign government threats.

In this way, the “security of a free state” rests quite literally in the hands of its people. Citizens have the right to defend their nation. Using guns to defend one’s home, property, family, and country was “useful in repelling invasions” (p.24). The Court emphasized:

When the able-bodied men of a nation are trained in arms and organized, they are better able to resist tyranny (p.24-25).

History showed that the way tyrants had eliminated a militia consisting of all the able bodied men was not by banning the militia but simply by taking away the people’s arms, enabling a select militia or standing army to suppress political opponents” (p. 25).

In sum, the Supreme Court reinforced three basic facts about the Constitutional Right to Bear Arms. This right is inalienable. It belongs to individuals. It belongs to citizens.

It is a right on which no government can infringe — without consequence. Guns are necessary for the protection and survival of a nation against threats both foreign and domestic. 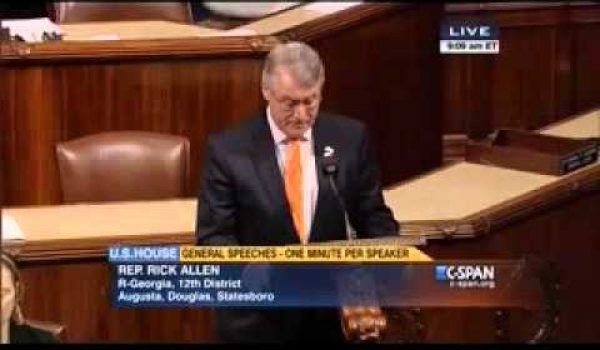