Dave Jolly at Godfather Politics writes this weekend about a book from the summer reading list for Duke University’s class of 2019.  The book, billed as a “tragicomic,” is a graphic novel about the coming-of-age of a lesbian who discovers that her father (who commits suicide) is gay.

Fun Home, by Alison Bechdel, reportedly contains explicit – even pornographic – images, and some of Duke’s incoming freshmen have decided not to read it.  They feel that the imagery offends their moral values.  Other students plan to read it, and think students should read it, so they can “open their minds to a new perspective.”

A few reactions, in no particular order.

1. Umm, OK.  Somebody wrote an explicit novel and college students are reacting to it.  Believe it or not, that was happening 35 years ago, when I was in college.  If our public records are to be credited, it was happening decades before that.

Should the novel be in a college reading list for incoming freshmen?  Opinions will differ.  With Iran on the verge of getting the bomb, China remaking the geography of Southeast Asia, an epic flood of migrants transforming the European West, an Islamist revolution blowing up the Middle East, and a towering, incomprehensible weight of public debt looming over besieged law-and-order societies, I have to admit, the Duke summer reading list isn’t my top priority.

(The complete summer reading list for the Duke class of 2019 can be found here.  I would be lying if I said anything other than “Meh.”  Hey, it could be worse.  To make it better, the selection committee could start by including at least one thing published before 2006.  But I suspect having only very recent works is the point.)

2. An LGBT graphic novel, huh?  You’re telling me Duke hasn’t already had one on its freshman summer reading list?  I’m serious when I say that surprises me.

3. It’s always worth noting, again, that the prescription for others to “open their minds to a new perspective” goes only one way.  There are hundreds of thousands of freshmen who would be opening their minds to a new perspective if they read, say – at random; I’m writing these down as they occur to me, without thinking too hard – one of the following:

Life at the Bottom: The Worldview that Makes the Underclass (Theodore Dalrymple)

Pictures from an Institution (Randall Jarrell)

In Every Pew Sits a Broken Heart (Ruth Graham)

Watchmen on the Walls: An Eyewitness Account of Israel’s Fight for Independence (Hannah Hurnard)

Certainly, most modern faculty members on a reading-list committee would reject every one of these books.  But it can’t seriously be argued that they wouldn’t open readers’ minds to a new perspective, or that they wouldn’t offer tremendous material for reflection and debate.  The characters, situations, and ideas involved are hardly less relevant or interesting than an LGBT coming-of-age story.  It’s a 100% guarantee that the books by Ten Boom, Ilibagiza, Hautzig, and Hurnard would illuminate important corners of modern history that the average incoming freshman knows nothing about.

But only certain perspectives are, so to speak, “favorited” in the modern academy, and certified to “open people’s minds.”

4. The rules of political correctness can be seen at work in the choice of some young freshmen to not read the graphic novel Fun Home.

Some students would always decline to read it because of the explicit content, which is especially uncomfortable presented in image form.  I don’t question their choice; it is a serious responsibility to decide what you let into your mind.  There’s a lot of stuff you get no benefit from, and even much harm.  Ultimately, knowing that you have the power and responsibility to say “No” sometimes, on your own behalf, is more important than any other principle.

But think for a moment about the framework of expectations that has been created in 18-year-olds by political correctness.  The students who are wary of Fun Home assume – and we all know they’re not wrong about this – that reading the book is supposed to be an exercise in acceptance.  In classroom discussions this fall, there won’t be any room for actual “criticism,” whether literary or on the basis of content.

Choosing what to read is choosing a position: that’s the proposition of academic political correctness and closed-mindedness in which these kids have been steeped throughout their K-12 years.

Things have been different, and not that long ago.  I venture to think most college grads my age have similar memories.  It was assumed during my undergraduate years that reading challenging material was supposed to be accompanied by spirited intellectual reaction and debate.  You didn’t read things to declare your affinity for them, or to be guided through a course of social acceptance indoctrination.  You read things to exercise your mind – wherever that led.  There were no sacred cows; cows ran scared.  Tough criticism and classroom arguments were fun.

Professors were energized by students who expressed opposing views well.  If all you could muster, in critiquing some manifesto or literary work, was “that’s stupid,” you could expect everyone to boo your lame performance – including your supporters.  But if you could articulate a position well, even those who disagreed with you were respectful and engaged.

The students entering Duke this year don’t expect to be able to read Fun Home and then speak their minds, to include offering reasons why they might find fault with it.  If it were War and Peace or King Lear, they’d be free to look under piles of boulders for such reasons.  Probably many of them know that already.  But with Fun Home, they don’t expect to be given an even shot at expressing their opinion, if it happens to be negative.

I suspect many of them don’t even have a frame of reference for defining what’s missing here.  They may never have seen an actual, illuminating give and take between people who differ on the moral or social issues a book may raise.

And we can confidently assume that any discussion of the literary value of Fun Home’s explicit images will take place only between the students who are already united in endorsing the book’s moral premises.

Who would read any book on that set of prejudicial understandings?  What’s the point?

Who was the real aggressor in the Jorge Ramos-Donald Trump standoff? An audio tells all
Next Post
Police identify suspect in murder of Texas cop, BLM reacts: Let the race wars begin 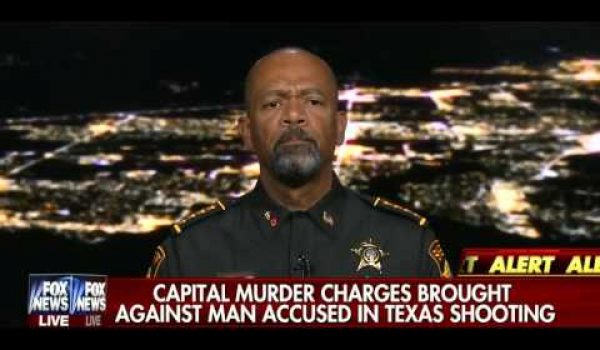