Call them equal-opportunity loudmouths. Washington, D.C. Mayor Muriel Bowser got into what amounted to a shouting match Thursday with Black Lives Matter protesters as she attempted to unveil new policies to fight the city’s rising crime rate.

While attempting to explain her new plan that would allow police to search people on probation or parole at will, Bowser was met with chants of “no justice, no peace,” and “Ward 8 matters.”

“We are not here to talk about arresting black men, but how we can save their lives,” Bowser told the gymnasium full of reporters and residents.

Despite the Black Lives Matter interruption, Bowser introduced her new initiative, dubbed “Safer, Stronger DC,” which she hopes will help the city combat its drastically increasing murder rate. The new Bowser plan will put more officers on the streets in D.C.’s “hardest hit areas,” create an incentive program asking businesses and homeowners to install security cameras, and make it harder for people to be charged with assault on a police officer.

The plan would also make it easier for people in jail on misdemeanor charges to receive “good time” credits, and it would allow misdemeanor offenders who haven’t gone to trial yet to be released from jail during work hours so they can keep working at their jobs while serving their sentences.

So far this year 103 people have been killed in D.C., a 43% increase over the same time last year, and just two shy of the total number of murders in 2014.

After the initial speech was interrupted by the Black Lives Matter protesters, Bowser met behind closed doors with reporters to further discuss her plan, WAMU reports.

Had the protesters actually listened to her proposals, Bowser said, they probably would agreed with them.

“I think it’s unfortunate that the people didn’t actually hear about the policies and programs that I think they advocate for,” Bowser said. “Our positions are not different.” 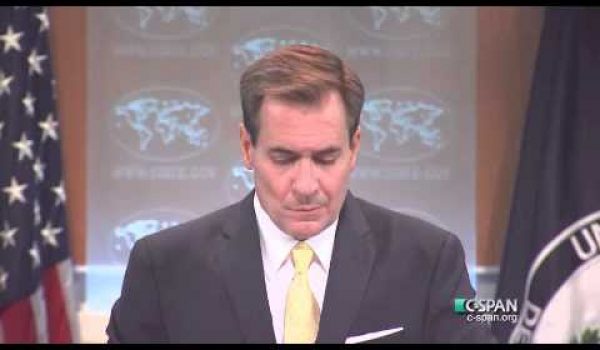 State Dept. gets around Iran side deal by claiming Parchin NOT a nuclear site
Next Post
Black Lives Matter activists: Only criminals’ lives matter