There has been a persistent thread of reporting in Western media about secret contacts between the Obama administration and the Iranian regime, going back for years before the formal P5+1 negotiations that opened in 2013.

But there hasn’t been much explicit information on the content discussed in the secret meetings.  If the statements made in passages translated by MEMRI are valid – excerpts from speeches and Iranian media interviews with top officials – the reason for that is obvious.  According to the Iranians quoted, the Obama administration planned from the outset to give away the major bargaining points.

MEMRI says a full translation has yet to be completed, so we must wait on that for a more extended discussion.  But here are some highlights.

[Iranian officials] indicate that the U.S. initiated secret negotiations with Iran not after President Hassan Rohani, of the pragmatic camp, was elected in 2013, but rather in 2011-2012, in the era of radical president Mahmoud Ahmadinejad. … [A]lready at that time, Iran received from the U.S. administration a letter recognizing its right to enrich uranium on its own soil. Hossein Sheikh Al-Islam, an advisor to the Majlis speaker, specified that the letter had come from John Kerry, then a senator and head of the Senate Foreign Relations Committee. Iranian vice president and top negotiator Ali Akbar Salehi said that Kerry, while still a senator, had been appointed by President Obama to handle the nuclear contacts with Iran.

From a speech by Ayatollah Khamenei in June 2015 (all bold emphasis added):

“The issue of negotiating with the Americans is related to the term of the previous [Ahmadinejad] government, and to the dispatching of a mediator to Tehran to request talks. At the time, a respected regional figure came to me as a mediator [referring to Omani Sultan Qaboos] and explicitly said that U.S. President [Obama] had asked him to come to Tehran and present an American request for negotiations. The Americans told this mediator: ‘We want to solve the nuclear issue and lift sanctions within six months, while recognizing Iran as a nuclear power.’…”

(If I were to give Team Obama some free advice, it would be to not tell the Iranians in advance that the administration is eager to give away the things it’s supposed to be holding out to Iran as inducements.)

From a July 2015 interview by Tasnim with Hossein Sheikh Al-Islam, advisor to Majlis speaker Ari Larijani:

“We came to the [secret] negotiations [with the U.S.] after Kerry [then a U.S. Senator – J.E.] wrote a letter and sent it to us via Oman, stating that America officially recognizes Iran’s rights regarding the [nuclear fuel] enrichment cycle. … On this basis the negotiations began, and not on the basis of sanctions, as they [the Americans] claim in their propaganda.”

(Same free advice applies.  Note that Obama had Senator Kerry conveying U.S. official policy to Iran, according to this account.)

From the “Nuclear Iran” website, which MEMRI describes as “affiliated with Iran’s former nuclear negotiation team,” in 2014:

Before the 2013 [Iranian] presidential elections, three rounds of talks took place in Oman, and at these talks the Americans officially recognized Iran’s [right] to enrich [uranium]…”

This last point dovetails with information reported by the AP, in a widely disseminated November 2013 article about secret negotiations preceding the formal talks that led to the first “agreement” – the JPOA – in that month.  AP’s sources indicated that “low-level” talks between U.S. and Iranian delegations began in 2011, taking place in Oman – as described by the Iranian officials – and being brokered by Omani Sultan Qaboos, who was trusted by both sides.

By this timeline, the Kerry letter alluded to by Iranian officials would have been delivered no later than sometime in 2011.  Kerry was still in the Senate in 2011, and there had been no widely reported preview of his eventual accession to the Foggy Bottom post.

But more than that, Obama in 2011 was still officially taking a much harder line than the letter seems to have reflected, on Iran’s nuclear enrichment activities and the motivating power of sanctions – which had been expanded by the U.S., the EU, and the UN in 2010, and by the U.S. in 2011.

There is an interesting contrast between the Iranian officials’ disclosures and the deductive analysis done in 2013 by Dr. Majid Rafizadeh for FrontPage.  The contrast is not in their conclusions, but in their framework of expectations.  Dr. Rafizadeh, writing about the series of secret meetings, concluded that the Obama administration was basically selling out the principles it enunciated for putting pressure on Iran and preventing development of a bomb.  But Rafizadeh reached that conclusion by looking at known (if poorly reported) actions by the Obama administration that conflicted with its stated red lines and goals; e.g., opposing new sanctions proposals made in Congress, and cutting back on placing Iranian entities under the existing sanctions.

The Iranian officials quoted by MEMRI, on the other hand, didn’t have to deduce that Team Obama was violating its own publicly stated policies.  The Iranians had direct proof of it, in the form of the Kerry letter and the policy content of the overtures made to Iran in the 2011-12 timeframe.  Let’s look once more at the outreach to Iran for the secret talks in Oman, as characterized by Khamenei:

The Americans told this mediator: ‘We want to solve the nuclear issue and lift sanctions within six months, while recognizing Iran as a nuclear power.’

He also didn’t tell the Soviets one thing and the American people another.

MEMRI promises more to come.  We may revisit this topic soon.  A couple more preliminary observations, however.  One: this would be a really elaborate set of assertions to just make up as fiction – and for inexplicable purposes.  Even if we set shades of meaning aside — e.g., the possibility that Khamenei is stating a proposition like “recognizing Iran as a nuclear power” more grandiosely or categorically than Obama intended — the purpose for significantly overstating it in an ill-timed disclosure, one that could compromise a “good deal” for Iran, is hard to divine.  It’s not just unlikely, it’s unreasonable to assume that the Iranians have made it all up.

Two:  these disclosures tend to vindicate the longstanding concerns of skeptics like Michael Ledeen and Majid Rafizadeh.  It’s not a big leap to suppose that Team Obama’s sellout on a nuclear Iran is at least as systematic and long-running as the skeptics have suggested – or perhaps even more so. 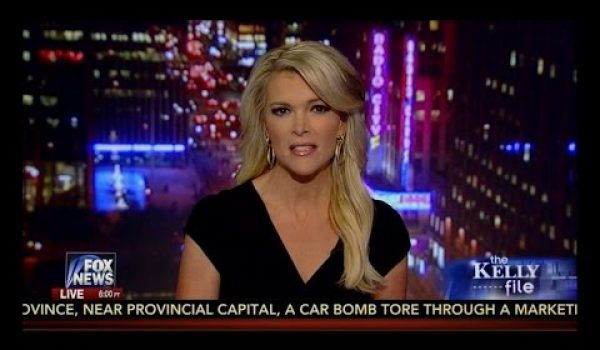