The real lives of actual Americans often interfere with the narrative pushed by the political left, perhaps most often when the subject is the use of Second Amendment rights for self-defense.

A Texas pastor, Benny Holmes of New Beginnings Church in Baytown, Texas, near Houston, proved that again Tuesday morning, when he heard someone breaking into his church.  Pastor Holmes responded by arming himself, investigating, and shooting the intruder.

“I just want the public to know that this was a robbery,” Pastor Holmes told Eyewitness News exclusively. “He broke in the door, had laptops in his hand.”

Pastor Holmes said he woke up when he heard someone moving around in the church and grabbed his gun.

“I commanded him to stop twice, and he didn’t. So fearing for my life, I did what I had to do.”

The intruder turned out to be a 27-year-old named Lee Marvin Blue, Jr., a “transient with an extensive criminal history.”  He’s also black.

The progressive narrative is thus 0 for at least 2 in this situation: the black pastor declined to be a victim, and the intruder wasn’t white.  The progressive narrative takes another hit from the fact that Benny Holmes defended himself and his church successfully, using a firearm – responsibly, without screwing the transaction up, without creating additional menace to the community, and (it now appears) without killing the intruder.  The latest word on Blue is that he is being treated for a shoulder injury.

Holmes made news in 2014 when he held a thief at gunpoint waiting for police to arrive, after months of having packages stolen off his porch.  The thief in that case was a white woman who apparently made a habit of stealing packages left for delivery.

The New Beginnings break-in is a reminder that churches are mostly preyed on by the same criminals who menace the rest of their communities – as opposed to being routinely subject to spectacular “hate crimes,” which are actually very rare.

Holmes’s armed defense is a reminder of the role of the Second Amendment and the NRA in equalizing life for black Americans, during the era when the laws of some states institutionalized inequality.  It’s a reminder that the outcomes produced by armed citizens, of any race or background, are almost always better than the alternatives – in stark contrast to the outcomes for unarmed citizens in similar dangerous situations.

Basically, the story of Pastor Holmes and the intruder blows the progressive-left narrative out of the water.  We’ll see if the leftosphere finds a way to triangulate against Holmes and his act of armed defense.

The story has an addendum:

What could be considered the most surprising part of what happened this time around may be what happened while Blue was lying on the ground in his own blood.

If you talk amongst yourselves about the pros and cons of Holmes’s approach, I recommend applying actual thought, as opposed to expressing incoherent indignation that a man of God had the gall to defend himself and his church.

Holmes preached a sermon last year based on his armed encounter with the package thief:

In the meantime, Pastor Holmes has a gift for [thief Laurie] Ferguson, a hat that has the word forgiven on it. Holmes said he’s preparing for tomorrow’s sermon in which he will tell his congregation why God said to arm yourself.

Literally strapping on a sidearm is one of the ways to arm yourself.  It’s certainly not illegitimate to debate the various things God intends by His commands.  But it is illegitimate to assume that the only correct interpretations are those that are “politically correct” at a given time.

It’s especially illegitimate when the assumptions are made by a populace increasingly trained to be unthinking.  Does turning the other cheek mean letting your church be robbed, and possibly accepting injury or death for yourself?  Pastor Holmes doesn’t think so.  Contrary to what students are taught in high school and college now, mankind over the centuries has thought far more deeply about these matters than any modern undergraduate has had the time or ability to.  Pastor Holmes is in a philosophical tradition that goes back in Western thought for millennia – as is the thinking of America’s Founders about the right to bear arms, the right of self-defense, and the responsibilities of citizenship.

Not every man of the cloth thinks it’s appropriate to arm himself, and it’s the right of each one to have his own opinion about that.  It’s equally the right of Benny Holmes to procure, by arming himself, an outcome different from what an unarmed pastor would have gotten in the same circumstances.

Our nation was built to protect – and tolerate – both rights.  Without those rights, we can’t be free men and women.  But without them, we are no more secure either.  There is no trade-off in selling out those rights; there is only loss. 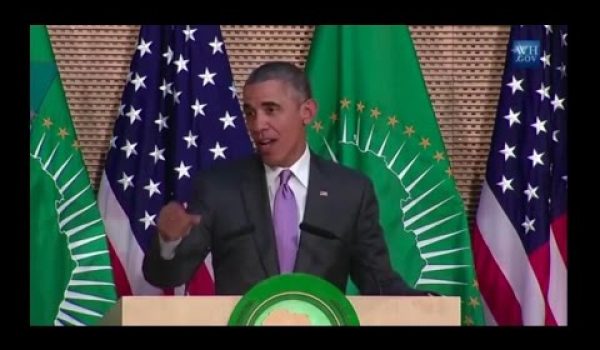 Obama: ‘I could win a third term’
Next Post
Black Panther who fantasized about ‘slapping the nearest white person’ eyeing Senate seat 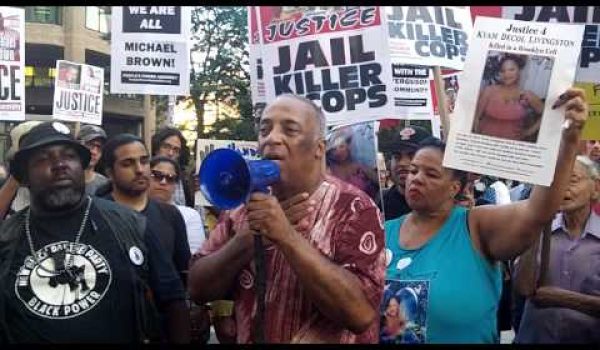