Congratulations to the Memphis City Council.  As Howard Portnoy reported, Memphis’s finest voted this week to dig up the remains of Confederate General Nathan Bedford Forrest – and his wife – from their resting place beneath Forrest’s statue in a Memphis park.

It’s politically incorrect, according to the council, for the Forrests’ bones to repose there any longer.

So now our own, all-American Memphis, Tennessee is just like the jihadi animals who’ve been attacking graves around the Middle East, as they slash and burn their way through the post-Arab Spring landscape.

Sure, the jihadis dispense (as far as we know) with the droning speeches and city council votes.  And their grave-napping methods are somewhat more rough-and-ready.  But the principle is the same.  Graves can’t be left undisturbed if a new order sweeps in and decides that the dead are politically offensive.

Trying to wreak vengeance on the past, by desecrating or erasing the memory of the dead, is a self-perpetuating pathology that America has been blessedly free from for hundreds of years.  Its arrival on our shores is an unmitigated horror.  We do not want to turn into this kind of a people.  The thirst for such vengeance can never be satisfied, and it always sets up a counter-reaction that keeps the back-and-forth going for generations and generations.

Just ask the Orthodox Serbs and Muslims of Bosnia, who in 1992 – 1992 – were shouting as they slaughtered each other about 1389.  Ask the Greeks and Turks, whose political rivalry goes back just as far.  The Greeks and Persians remember slights from so far back, they make the grievances of East Asians about the Japanese occupation in the 1930s look like news from five minutes ago.

The graves of the dead have been brought into all these histories of grievance and rivalry.  They have figured large in the aggressive surges of Islam, starting with the earliest Islamic conquests in the time of the “Rightly-guided caliphs.”  One of the first mosques erected, in A.D. 637, was put up in Hebron over the Tomb of the Patriarchs (Abraham, Isaac, and Jacob).  A few centuries later, a Fatimid caliph who destroyed the Church of the Holy Sepulcher at Golgotha had gravestones pulverized and the graves of Christians dug up, in an attempt to wipe out all traces of their existence.

Christian graves were desecrated by Muslims in the West Bank as recently as the 1990s – but the Salafi jihadis cruising the Islamic world after the Arab Spring have not restricted their attacks on politically incorrect gravesites to those of Christians.  They’ve been desecrating and digging up Muslim gravesites and shrines as well, making the theological argument that any burial site that can actually be visited becomes an object of idolatry.  Muslims who don’t share their extremist view are understandably appalled by this.  But the jihadis are attacking with zeal – and bulldozers – nonetheless.

The dark and pointless practice of flaying the past by disturbing the resting places of the dead is certainly not confined to the Islamic world.  Jihadis may be today’s most notable practitioners, but it’s been a recurring problem for much of the Eastern hemisphere for many centuries.  It’s never done for any positive motive.  It’s always done out of hatred, vengeance, and/or a politics of triumphalism or historical lies.

Sometimes hatred is the most obvious motive, as with the mass desecration of Jewish graves – just in the last few months – in France, Germany, and Hungary, among other places.

On other occasions, the motives are highly organized and overtly political.  Consider how the Soviets tried to simply erase the burial sites of the Russian war dead from World War I – because commemorating those war dead, whose sacrifice was betrayed by the Bolsheviks’ separate peace with Imperial Germany, conflicted with the Soviet Socialist political narrative.

Or ponder an event slightly closer to home, in cultural heritage if not in time: the gruesome exhumation and desecration of the corpse of Oliver Cromwell by Charles II of England.  History.com describes it:

King Charles II exhumed Cromwell’s body [in 1661] on the twelfth anniversary of his father’s execution and in retribution for the regicide staged an execution of his own—albeit with Cromwell’s dead body. The Lord Protector’s corpse was strung up on display, beheaded and dumped into a vast London pit. Cromwell’s head was mounted on a pike on the roof of Westminster Hall, where it remained for decades as a warning to would-be revolutionaries.

In fact, the religious wars of England and France in the 17th century gave a tremendous boost to the peopling of North America, as the co-religionists of the losing sides fled across the Atlantic to escape persecution.  A major feature of what America’s early European settlers wanted to get away from was the relentless reign of condemnation embodied in the practice of attacking and repudiating the dead.

From one end of the Eastern hemisphere to the other, the politics of death still holds people in its grip.  In Britain, the gravesites of centuries are threatened by the demands of today’s Muslims for burial grounds free from Christian remains.  (See here for one very personal example of this emerging problem.)  In Hungary, less than 10 years ago, vandals dug up the grave of a hated leader from the Communist era.  In Ukraine, rumors are fanned — reportedly baseless — that the government in Kiev intends to desecrate the remains of a Soviet-era military commander whose monument stands near the Ukrainian parliament building.

In Pakistan, Islamic extremists desecrate the graves of Ahmadis, members of a sect which Pakistan’s constitution declared heretical and un-Islamic some 40 years ago.  (A Hindu man was dug up and his corpse dragged through the street in Islamabad, by perpetrators shouting “Allahu akbar!”, because it was felt that he was buried in the wrong place.)

And in Japan, of course, as many readers will be aware, it has become a major political statement to visit (or not visit) the Yasukuni shrine to the war dead of World War II, where some of those commemorated are accused war criminals.

We really don’t want to get this stuff started in America.  The whole point of this nation, from the beginning, has been to emphasize hope and a future, not resentment and the past.  No triumph of resentment, however seemingly minor, is too small to worry about.  It’s a poison that will only spread, turning our spirit as a people to rot and ruin, unless we nip this in the bud right now.  Let the dead lie where they lie, and let the dead bury them. 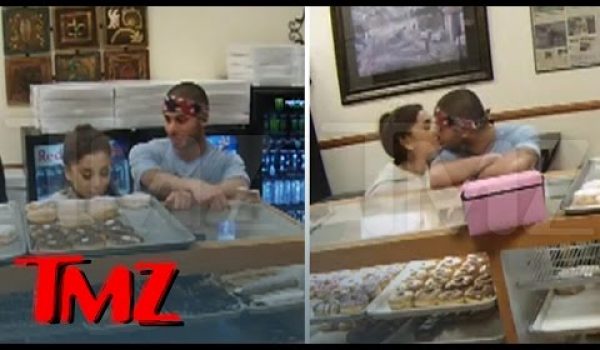 Tweet of the Day: Susan Sarandon tells us what we should all go lick
Next Post
On eve of nuke deal, Iran gears up to celebrate official ‘Death to America, Israel Day’ 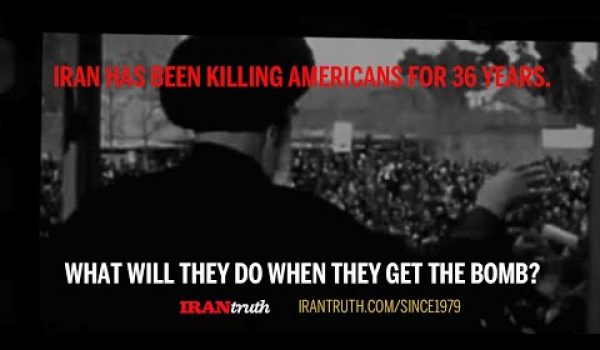