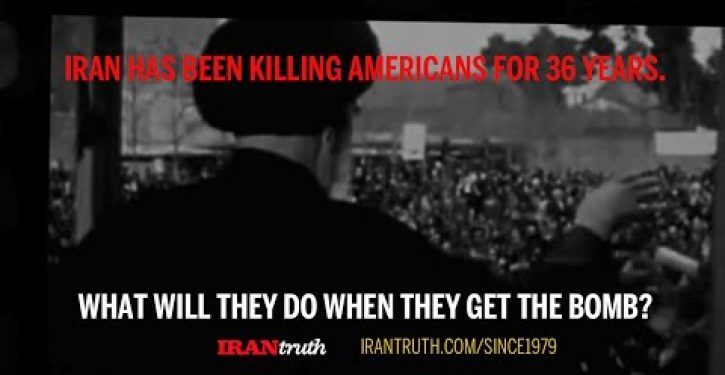 As Iranian and American diplomats near yet another tentative deadline to nuclear negotiations Friday, Iran’s people are preparing their “Death to Israel” banners.

Friday is Iran’s Quds Day celebration, which every year since 1979 has marked the last Friday in Ramadan as a showy rejection of Israel and Zionism. Since then, many other countries throughout the Muslim world have joined in the annual observance.

Though Thursday saw diplomats announce yet another 4-day extension of the talks in Vienna — which were originally meant to end by June 30 — there remains an outside chance that they will be concluded today.

That means that there’s a chance news of a deal will arrive while Iranians are taking to the streets, chanting officially approved slogans against the U.S. and Israel.

Younger Iranians are reportedly more reluctant to participate in the official celebration of anti-Americanism and anti-Zionism. But the government still uses the occasion to strengthen its rhetorical stance against its gravest enemies.

In the build-up to the holiday, Supreme Leader Ayatollah Ali Khamenei has been promoting slogans and images on his official Instagram account. In Persian, Arabic, and English, he vows, “The issue of Palestine will not be removed from the Islamic Republic’s agenda.”

When a framework for a final nuclear agreement between the U.S. and Iran was announced in April, Iranians posted grateful photos online of President Barack Obama’s press conference, which was a historic first for Iran’s highly censored media.

But if positive news emerges for Iranians amid their ritual condemnation of the U.S. and Israel, it is unclear how ordinary Iranians will react.

Memphis and the inconvenient dead: We’re all snarling jihadis now
Next Post
If you define ‘family’ as ‘a group of people related by blood,’ give yourself an F