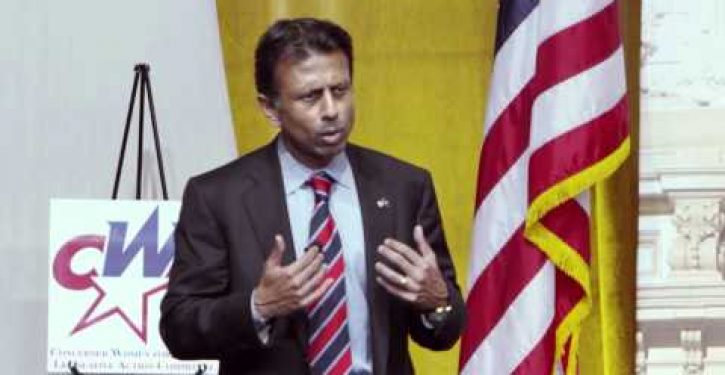 Louisiana Gov. Bobby Jindal is in Iowa this week making three town hall appearances across the state. The 2016 presidential hopeful has also launched a new television ad where he tells Iowans how “tired of hyphenated Americans” he is.

Jindal goes on to describe his own immigrant parents and how, when they came to America, they did it because they wanted to be Americans.

The ad, sponsored by the Believe Again Super Pac, which is supporting the Lousiana governor, reportedly cost over $500,000 and is set to air on cable and broadcast television across the state.

A recent poll conducted by Bloomberg Politics and the Des Moines Register showed that immigration was a pretty big issue for Republican Iowa voters, with 85% saying they want candidates to spend a lot of time talking about it.

Iowa is not a very diverse state, according to numbers from the United States Census Bureau. Estimates from the agency show the state to be nearly 93% white, around 3% black, 5.5% Latino, and 2% Asian.

In 2012, The Pew Research Center estimated that there were roughly 40,000 illegal immigrants in Iowa. While illegals accounts for just 1.4% of Iowa’s population, 30% of the entire immigrant population in Iowa is illegal.

Last week, Jindal made waves when he said he thinks America should get rid of the Supreme Court after the high court ruled that gay marriage should be legal in all 50 states.

“Marriage between a man and a woman was established by God, and no earthly court can alter that,” he said. “Hillary Clinton and The Left will now mount an all-out assault on Religious Freedom guaranteed in the First Amendment.”

Cartoon of the Day: An enemy that deserves to be taken seriously
Next Post
SCOTUS rules it constitutional to use controversial sedative in executions 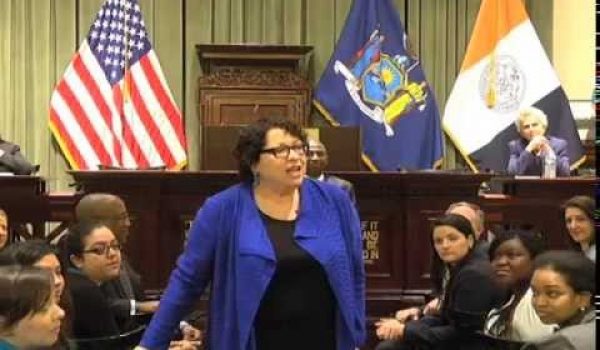