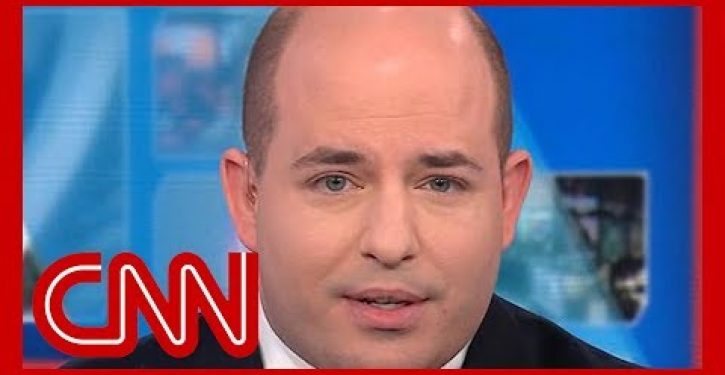 Working for the least honest news organization in existence, it is not surprising that CNN’s Brian Stelter wondered out loud whether the television networks will cut away during the Republican National Convention “if there’s this stream of disinformation happening live.” Watch:

“SHOULD TV NETWORKS AIR RNC IN FULL?” @BrianStelter advanced rationale for nets not to: “Television nets are going to have interesting choices to make…about whether to cut away if there’s this stream of disinformation happening live.” Promises CNN will cut in w/ “fact checks. pic.twitter.com/7GBgDSdiaI

It is doubtful that Stelter expressed the same concern in advance of the Democratic National Convention, although as it turns out there would have been plenty of cause to do so. As was noted in this space, there were numerous instances last week of disinformation and deception during the proceedings. Among these was the testimonial of a man professing to be “a lifelong Republican” who planned to vote for Joe Biden. If the DNC had vetted “Michael from Rhode Island,” as the man identified himself, they would have learned that he is a registered Democrat who voted Democratic in four of the last five primaries.

More devious still was the DNC’s splicing together three disparate videos to foster the illusion that Donald Trump had referred to immigrant children as animals. And no occasion of which Joe Biden gave a speech would be complete without at least a little plagiarism. In the case of the former vice president’s nomination acceptance speech, he gave listeners to a double helping of intellectual property theft, pilfering not only the words of the late Canadian New Democratic Party leader Jack Layton but his own 2008 speech announcing his plan to run for president.

Last but not least, Biden dredged up for that already tarnished speech the long-since-debunked myth that Trump had called the neo-Nazis “fine people” in his reaction to the struggle in Charlottesville in 2017.