Frequent meetings between Google executives and Federal Trade Commission officials are raising questions about the FTC’s 2013 decision to drop an antitrust probe against the company.

As the federal government was wrapping up its antitrust investigation of Google, Inc., company executives had a flurry of meetings with top officials at the White House and Federal Trade Commission, the agency running the probe.

Around the same time that the meetings were taking place, the FTC’s bureau of competition was compiling a report recommending that the agency take Google to court for engaging in anticompetitive tactics.

“Soon afterward,” the article claims, “the FTC closed its investigation after Google agreed to make voluntary changes to its business practices,” with the agency’s five commissioners voting unanimously not to pursue legal action.

According to visitor logs and emails reviewed by the WSJ, Google employees have met with senior officials at the White House about 230 times, “an average of roughly once a week,” since Obama took office.

Conversely, “employees of rival Comcast Corp., also known as a force in Washington, have visited the White House a total of about 20 times since Mr. Obama took office,” just one-third as many times as a single lobbyist for Google.

The amount of special access Google has to the highest reaches of the U.S. Government creates at least the appearance that the U.S. Government’s business may not be ‘conducted with impartiality and integrity’ as required under Federal ethics rules.

Google spokeswoman Niki Christoff indicated that the meetings were innocuous, telling the WSJ:

We think it is important to have a strong voice in the debate and help policy makers understand our business and the work we do to keep the Internet open, to build great products, and to fuel economic growth.

White House officials meet with business executives on a range of issues on a regular basis … [and] our staff is cognizant that it is inappropriate to discuss issues relating to regulatory enforcement.

Significantly, though, Cleland points out that the government’s standards of ethical conduct “are designed to address not only actual conflicts of interest, but also activities that give rise to the appearance of such conflicts” — a relatively low bar that could easily apply in this context.

The appearance of impropriety is further reinforced, the Journal claims, by the massive amount of money Google has spent on lobbying and political donations in recent years.

“Last year, Google spent $16.8 million on lobbyists, more than any other company except for Comcast,” and during the 2012 presidential elections, “Google employees were the second-largest source of campaign donations to [Obama’s] campaign by any single U.S. company, trailing only Microsoft.” 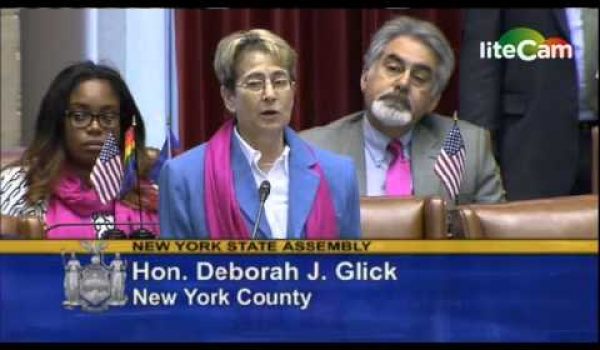 Democratic lawmaker: Many women are ‘totally thrilled’ to have had an abortion (Video)
Next Post
Cartoon of the Day: Dereliction of duty