Earlier this month, President Obama paid a visit to the historically black Benedict College in Columbia, S.C. You can tell the school is predominantly black by the faces that appear behind him in the video of a townhall event where he spoke as well as by his tendency to slip into “blackspeak” (pronouncing “buy,” for example, as “buh”).

But the substance of his remarks drew more attention in the mainstream press than did his style. This is especially true of Obama’s comments on guns, which became the basis for a column by the Washington Post’s “fact checker,” Glenn Kessler. The article carries the headline “Obama’s odd series of exaggerated gun claims.”

Here is a video capture of Obama’s remarks. A transcript follows:

What we also have to recognize is, is that our homicide rates are so much higher than other industrialized countries. I mean by like a mile. And most of that is attributable to the easy, ready availability of firearms, particularly handguns.

People just say well, we should have firearms in kindergarten and we should have machine guns in bars. You think I’m exaggerating — I mean, you look at some of these laws that come up.

In an update to the original column, Kessler notes that “a reader asked us to examine these remarks, believing they showed a pattern of exaggeration by the president.

Kessler goes on to spend nearly 1,000 words painstakingly analyzing each “fact” presented by the president before declaring:

The president was playing fast and loose with his language here — to a group of college students no less. There’s little excuse for the claim that in some neighborhoods, it is easier to buy a gun than vegetable … — or to say he’s “not exaggerating” when he claims that some people have proposed laws that would allow machine guns in bars.

As for the U.S. ranking on homicides among industrialized nations, the president certainly would have had a stronger case if he said the United States was above average, or that it was in the top ranks. But instead he claimed the United States had rates that were higher “by like a mile.”

The gun debate is serious enough that it should not be poisoned by exaggerated claims and faux statistics. The president earns Three Pinocchios.

Kessler is to be applauded for taking the time to expose Obama’s rhetorical excesses. His effort, however, would have been more praiseworthy had it not been peppered with the periodic paragraph of “push-back from the administration” and other attempts to explain what the president “really meant.” What he said was stupid, political, and at odds with reality. Beyond this, nothing more needs to be said.

Cartoon of the Day: Caught web-handed
Next Post
BREAKING: State Dept has no record of a Form OF-109 signed by Hillary Clinton (Video) 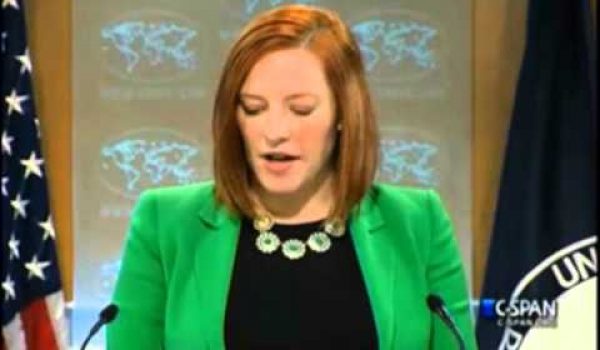