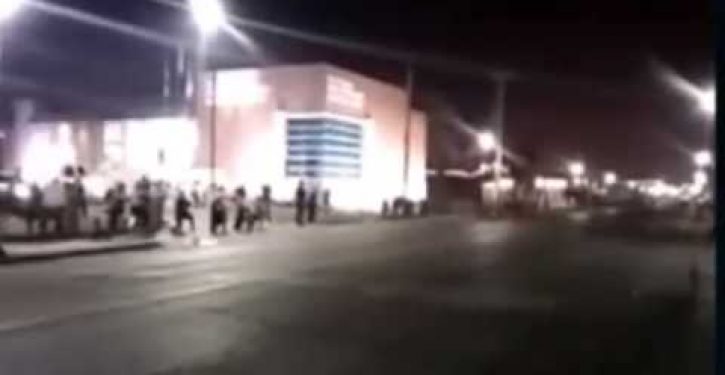 To seek to establish a causal relationship between the shooting of two police officer in Ferguson, Mo., early this morning and the incendiary statement yesterday by NAACP President Cornell William Brooks would suggest — wrongly — that the NAACP is still relevant. Nevertheless, Brooks told CNN’s Wolf Blitzer after Ferguson Police Chief Thomas Jackson announced his resignation on Wednesday that the move was “a validation” but “certainly not a victory,” adding:

That is to say, they are running for cover. And that’s a good thing, because that department needs to be rebuilt from the bottom up. We need to create a culture of accountability.

Naturally, any mention of Ferguson prompts a kneejerk mention of Michael Brown (aka, “an unarmed teenager”) and Darren Wilson (aka, the former police officer who got away with Brown’s “murder”). According to Brooks:

Darren Wilson operated in the midst of a rogue police department that engaged in all matter of unconstitutional, unlawful, discriminatory conduct. And the very behavior that he was … accused of, namely using excessive force against an unarmed teenager, the report makes clear that that was a pattern and practice in the police department that he served in. And so I wouldn’t say that this report exonerates Darren Wilson.

Whether Brooks would consider the shooting of the two officers around midnight a “victory,” random comments appearing on Twitter suggest that some members of the black community do:

Let’s not turn our anger to the one who shot….there only reacting to a system. There not the problem….stay focused on the enemy.

The shooting of the two officers came during the latest rash of protests. Fox News reports that one of them was shot in the face, the second in the shoulder. The injuries are both described  as “very serious” but not life-threatening. Raw footage of the shooting was captured by a spectator named Matthew Keys who posted the following video to YouTube (warning: profanity):