The questions in a survey taken by some high school sophomores in Maryland are highly intrusive, some outraged parents allege.

The survey asks students about their living situation, their “sexual orientation,” and what religion they “identify with.”

The survey includes obnoxious questions about the students and their parents, like “Parents’ Political Identification,” “Highest parent education level,” “Who is primarily to blame for the government shutdown?” “Which of the following should the national government increase funding for most?” “Which best represents your feelings/sentiments about Obamacare?” “If President Obama were caucasian how much more or less criticism do you think he would he recieve? [sic]”

The survey was exposed by Mike Opelka of theBlaze today and it’s existence was initially denied by the school. In the must-read story, Opelka writes,

“When we presented parents’ claims that the survey was indeed posted on the school’s education web portal and that it was given to students without the ability to opt out, an official with the school district denied those claims too. However, in less than an hour, it was scrubbed from the Internet.”

Evidently, one engaged parent read the questions out loud at a town hall event, and

“As the objectionable questions were heard, parents reportedly gasped when learning about questions relating to “parents political identification” and Obamacare.”

Although officials assured TheBlaze that the test was “anonymous,” students needed to login to a computer system called “Edline,” which requires login information. An analyst with Edline said, “I can’t imagine how they (students) could retain anonymity if they logged in using their user name and password.”

According to our sources, students were instructed to take out their cellphones, log in to Edline and take the survey. There was no “opt-out” offered, and in one instance, a student who did not wish to take the survey was coerced by a “authoritarian” teacher.

Interestingly, Virginia Terhune of the local news described the survey as a “student-generated survey designed to give advanced government high-schoolers data on trends…”

But according to theBlaze,

“more information came to TheBlaze supporting allegations that the survey was teacher-created and not a “volunteer” project as Tofig [ the school district’s public information officer] has claimed.”

On parent told Donna St. George of the Washington Post, 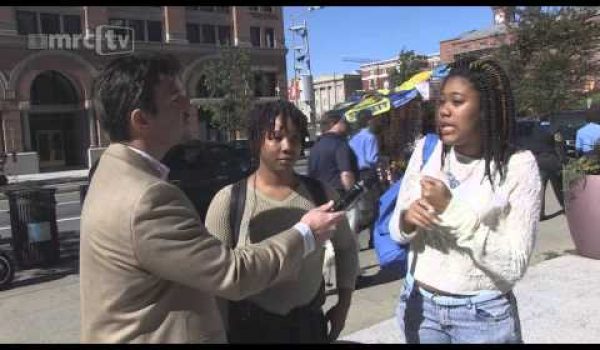