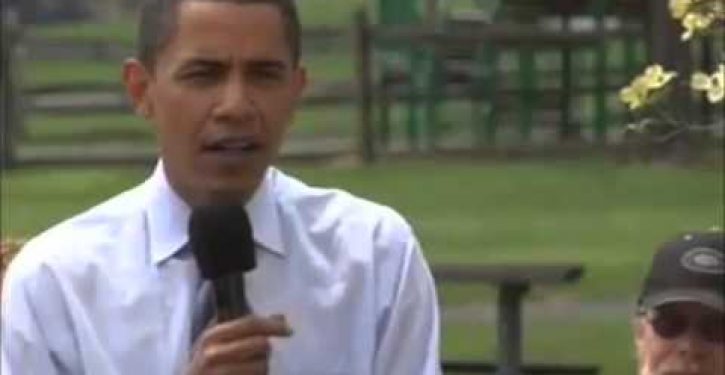 New Jersey Governor Chris Christie got everything he deserved when he said parents should have more choice in which vaccines their kids receive. The governor was responding to a statement Barack Obama made regarding the measles outbreak in which he acknowledged that childhood vaccinations are safe and effective — that in essence there is no link between the MMR shot and autism and that parents who fail to vaccinate their own children put them and other children at risk.

One person who criticized Christie should probably should have kept her mouth shut. That was still-undeclared but presumptive 2016 Democratic presidential nominee, Hillary Clinton, who tweeted:

The science is clear: The earth is round, the sky is blue, and #vaccineswork. Let’s protect all our kids. #GrandmothersKnowBest

The Democratic Party’s heir apparent for 2016 generated almost 24,000 re-tweets with her snarky message.

But what makes the tweet even more galling than her channeling Obama’s all-too-famous sarcasm or reference to science is that this was not the first time Clinton weighed on the joint topics of vaccinations and autism. The New York Daily News reports that in 2008 she reacted to an Autism Action Network questionnaire in which she declared herself committed to make investments to find the causes of autism, including possible environmental causes like vaccines.”

And she isn’t the only high-visibility Democrat to do an about-face on this spurious linkage. Obama responded to the same questionnaire but didn’t go as far as Clinton on linking autism and vaccines, although he didn’t deny it either:

“We’ve seen just a skyrocketing autism rate. Some people are suspicious that it’s connected to the vaccines…,” Obama said at a campaign appearance in Pennsylvania, pointing to a member of his audience. “The science right now is inconclusive, but we have to research it.”

To Obama’s credit, he added at the end of his speech the proviso that “vaccines are also preventing huge numbers of deaths among children, and preventing debilitating illnesses like polio. And so we can’t afford to junk our vaccine system.”

Dartmouth to offer #BlackLivesMatter course this spring
Next Post
Picture of the Day: New way to discipline a problem child