Dartmouth College will be offering a #BlackLivesMatter course in its upcoming spring term, the school’s newspaper reported Tuesday.

The #BlackLivesMatter hashtag has become a popular rallying cry for activists distressed by the recent deaths of Michael Brown in Ferguson, Mo., and Eric Garner in Staten Island, N.Y., and the subsequent non-indictments for police officers involved in those deaths.

The course is to be a collaborative effort between the school’s African-American studies and geography departments, and will be taught by about 15 different professors over its 10 week length.

That large professor lineup will allow the course to field the school’s liberal professors. English professor Aimee Bahng focuses on “the intersection of feminist science and technology studies, transnational Asian/American studies, and queer theory.” History professor Annelise Orleck specializes in feminism and the labor movement, while anthropology professor Chelsey Kivland’s other course offerings include one on the “Ethnography of Violence,” which dedicates an entire week to the topic of police brutality and its racial implications.

Geography professor Abigail Neely, one of the course’s instructors, told The Dartmouth that involved professors thought that dedicating an entire class to Ferguson would be “innovative and exciting.” She also said that professors hoped to show that Brown’s death and the subsequent riots the city saw were not an isolated incident.

Kivland, meanwhile, told The Dartmouth that the class sought ”to use Ferguson as a starting point for broadening the conversation about the national problems of inequality, race and violence.”

Kevin Gillespie, the head of the school’s chapter of the National Association for the Advancement of Colored People, welcomed the course, saying:

Courses like these are extremely important, and they get us all out of our comfort zones, whether you’re taking the course or not, because people will be talking about it.

Like hundreds of other campuses around the country, activists at Dartmouth have had their share of protests related to the deaths of Brown, Garner and Trayvon Martin. Two weeks ago, to coincide to Martin Luther King Jr. Day, about 40 students held a “die-in” in the school library.

Tweet of the Day: Some comic relief from members of the party of science
Next Post
Then and now: In 2008 Hillary linked vaccines to autism … #GrandmothersGoing Senile? (Video) 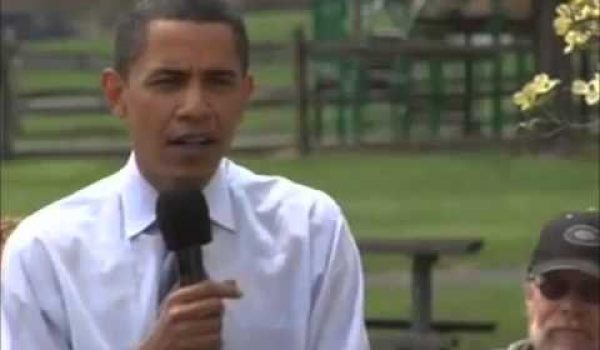