In the wake of last week’s Islamic terrorist attack in Paris, as well as other outbreaks in Belgium and Germany, a prominent leader of the Jewish community is petitioning the member countries of the European Union to relax the EU’s gun laws in the interest of self-defense.

Rabbi Menachem Margolin, director general of the European Jewish Association, has come to the realization that the spreading Islamic terrorism and Europe’s stringent gun laws make for a bad mix, and he wants to remedy that situation.

“We hereby ask that gun licensing laws are reviewed with immediate effect to allow designated people in the Jewish communities and institutions to own weapons for the essential protection of their communities,” he wrote, according to The Times of Israel.

Terrorists murdered four hostages in a Jewish Kosher shop following their attack on the satirical periodical, Charlie Hebdo. “Since 2012, a total of 12 people have been killed in similar attacks in France and Belgium,” reported The Times.

“After each terrorist attack against a Jewish community, European politicians respond by vowing to fight anti-Semitism and deploying police outside Jewish institutions for a few months,” Margolin told the paper. “It’s time for more drastic measures.”

And the violence continues. On Friday, police arrested over two dozen terror suspects in raids in Germany, Belgium and France, the Associated Press reported via CNS News.

And those thousands of “radicalized Muslim extremists” enjoy free rein on a continent where even the police often walk their beat unarmed.

Margolin’s letter continued, according to The Truth About Guns:

Let there be no doubt, we are asking that all weapons will be issued for self-protection only, and to designated personnel that will undergo thorough investigation and training by local authorities.

The European Jewish Association has long and publicly warned European governments of the need to clamp down firmly on any and all acts of terror wherever and whenever they arise.

As you know, the danger is that much greater as many Europeans travel abroad to be indoctrinated into radical Islam, before returning to their European homelands to use their militant training to devastating effect.

We need to recognise the warning signs of anti-Semitism, racism, and intolerance that once again threaten Europe and our European ideals.

I truly hope that together, we can ensure the safety of European Jews and secure for them a peaceful future in their historic homeland.

“The only way to stop a bad guy with a gun is with a good guy with a gun,” the National Rifle Association’s Wayne LaPierre famously said following the December, 2012 massacre at Newtown Elementary School, according to CBS News.

He took a lot of heat for that statement, but its underlying truth is confirmed every day. The violence in Europe is but the latest example. 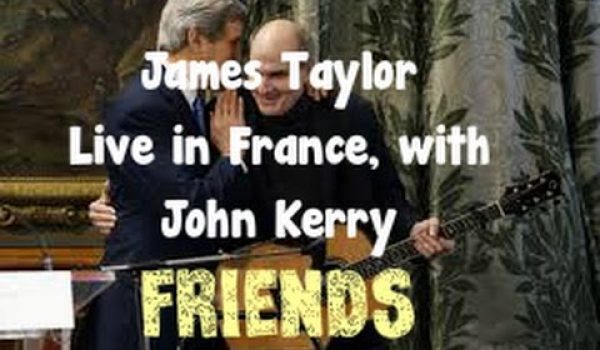